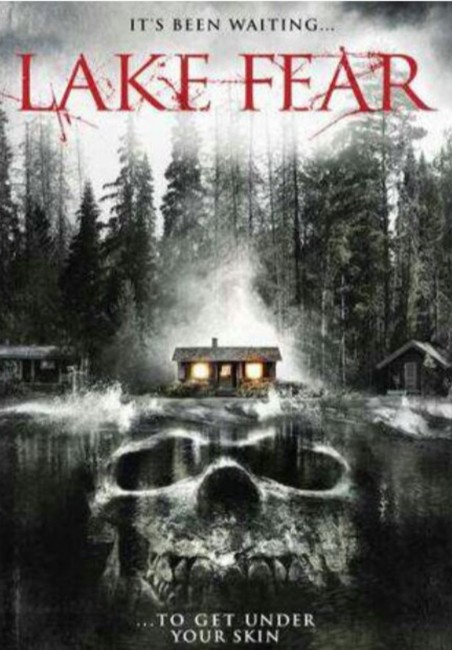 Four girl friends head off to a cabin in the woods for a weekend away. However, once there, they awaken some force in the woods and are plunged into an hallucinatory nightmare..

Lake Fear/Cypress Creek was the directorial debut of Michael Crum, a young filmmaker based in Dallas, Texas. Crum had previously made the micro-budgeted superhero web series Allegiance of Powers (2012-3) and subsequent to this conducted a film spinoff Allegiance of Powers (2016). Subsequent to Lake Fear, he made the horror films Anna (2017), Fall from Grace (2017) and Anna 2 (2019). Cypress Creek was made on a budget of reportedly only $8000. It was retitled by the distributor as Lake Fear for wider release.

The cabin in the woods plot is a well overused one in horror cinema. Michael Crum draws a good deal upon what has gone before – in particular, The Evil Dead (1981). We even get homage paid to Sam Raimi’s film in one scene with the playing of tape recordings from an academic who was researching the area.

The efforts show through with painful regard at times. There is one scene that has been ludicrously contrived for the sole purpose of having the four girls strip to their underwear in order to wade across a creek, while the relatively mundane crossing is absurdly pumped into a big drama with the addition of a ridiculously hyped musical score and really fake fog blowing across. Even the cabin in the woods is not a cabin in the woods but a farmhouse in the middle of an open field. Not to mention that despite the retitling Lake Fear, there are no lakes anywhere in the film.

Not long after we arrive at the cabin, the film descends into an absurd horror show. The scenes with the girls investigating the noises, the portal/image projected on the wall and victims being dragged down into a pool of blood in the forest all have an ineptitude of execution. There is not even any discernible plot in the latter two thirds of the film – it is just Michael Crum pulling shock effect after shock effect such that everything runs into an incomprehensible mass like a bad nightmare you can’t wake up from. The most surreal moment is the scene involving demons engaged in a choreographed dance.

The nearest I could compare the film to is a no-budgeted attempt to replicate something like David Lynch’s almost entirely plotless final episode of the original Twin Peaks (1990-1) – the one spent running through the Black Lodge – albeit made by people who haven’t an ounce of Lynch’s talent.

The backwoods slasher The Everglades Killing was retitled Lake Fear 2: The Swamp (2018) by the distributor but is unrelated to this film in any way. However, Michael Crum and some of the cast from here did return to make a proper sequel with Lake Fear 3 (2018)