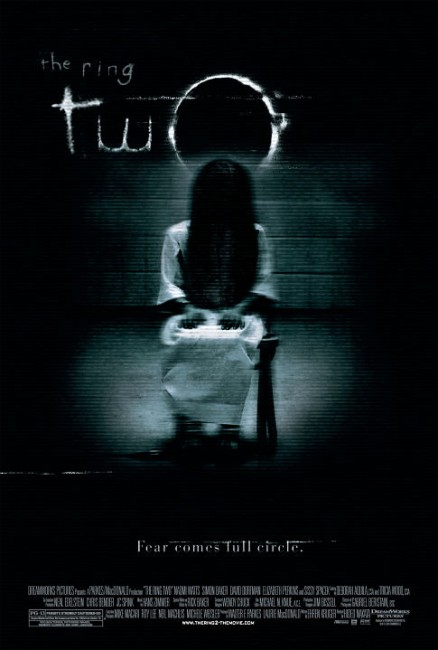 Rachel Keller has now moved to the small town of Astoria in Washington State along with her son Aidan. While working on the town newspaper, Rachel hears about the mysterious death of a teenage boy and investigates to discover that he was killed by a copy of the haunted videotape. She destroys the tape but realises that Samara is still haunting them and is trying to possess Aidan. However, doctors believe that the evidence of Samara’s manifestations can be put down to Rachel abusing Aidan and prevent her from seeing him. Her only recourse to save Aidan is to delve into the past and find a way of banishing Samara’s ghost.

Even more than all of these spinoffs has been the influence that Ring has had. First of all, it ushered in a huge boom in Japanese horror cinema, and second of all in making Japanese horror the new place to be for a time in the late 2000s, the remake ushered in a host of English-language Hollywood remakes of Ring-inspired Asian horrors.

I never regarded the original Ring as quite the masterpiece that many fans do. On the other hand, the American The Ring had the rare distinction of managing to be an English-language remake that was much better than the original, thanks to Ehren Kruger’s script that explored the story in more depth and director Gore Verbinski’s weaving the imagery from the films into a haunting supernatural mandala that seemed to lie beyond the ken of ordinary explanation. For The Ring Two, DreamWorks have returned to the source and employed Hideo Nakata, director of the Japanese Ring and Ring 2.

The American Ring films oddly play against all expectations – firstly, The Ring proved to be one English-language remake that improved on the original; and second, when the producers employ the original director to make the sequel here, one would normally expect a huge improvement but instead the result is the most disappointing of all the Ring films, Japanese or American.

The Ring Two is below par in almost all areas. It almost entirely eschews all the elements of its predecessor – aside from the modestly effective prologue, there is no longer anything whatsoever to do with haunted videotapes. Furthermore, there is nothing of the eerie mandala of symbolism that Gore Verbinski wove out of the material – the hauntings here are prosaic. (If anything, with the everpresent water motif, not to mention the plot elements concerning a ghost child searching for a parent and Naomi Watts’ decision to surrender and go with the ghost child at the end, The Ring Two seems more like a remake of Hideo Nakata’s Dark Water (2002), which also underwent a Hollywood remake, Dark Water (2005), the same year, than it does of Ring).

Hideo Nakata delivers an incredibly low key film and one that holds amazingly little in the way of haunted mood. There is the odd scene – where Naomi Watts and David Dorfman are attacked in their vehicle by deer along a stretch of road, one moment where Naomi enters the bathroom to see the water flowing up to the ceiling – but the scares are muted, as though Hideo Nakata were disinterested in the production or perhaps felt swamped by the Hollywood process or even directing in a foreign language.

Ehren Kruger’s script seems to be very loosely remaking the Japanese Ring 2. There are occasional points of intersection between the two – the venture to find one witness in a psychiatric institution; the boy being possessed by the spirit of Sadaka/Samara; and the climactic scenes where Sadaka/Samara pursues the heroine up out of the well. The Japanese Ring 2 was also a wild conceptual jumble, however Hideo Nakata’s eerie scares in fact made it a more effective film than its predecessor was.

Alas, The Ring Two feels like Ehren Kruger has sifted out a handful of elements and abandoned many others – all reference to the doctor trying to scientifically examine the phenomenon, for example. The Ring Two feels like a remake of Ring 2 where almost everything interesting has been bled out of the script. In fact, what we have here now is no more than a film with an entirely pedestrian possession script – mother finds child is being possessed by a ghost, goes on a quest to find how to banish it – that feels more like fodder for a routine tv movie.

This was followed over a decade later by a third English-language film with Rings (2017).