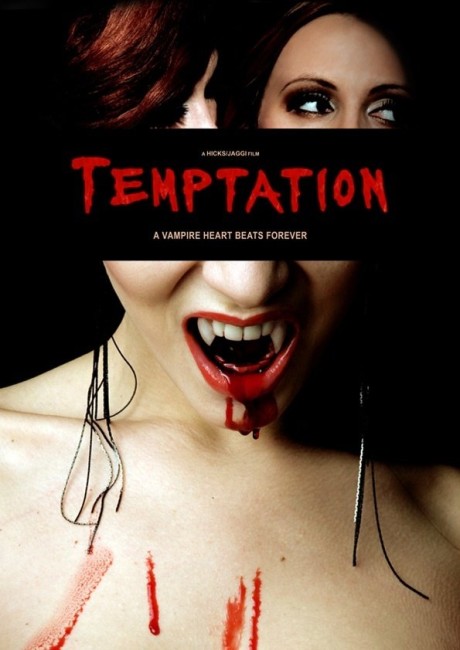 After breaking up with her boyfriend Simon, Isabel Burroughs goes out for a night’s drinking with her friends. Stumbling home drunk, she is picked up by a taxi driver who then pulls over into a dark alley and rapes her. Isabel calls out for help whereupon a mystery woman appears, kills the cabbie and saves Isabel by letting Isabel drink blood from her wrist. Isabel goes home not sure what happened. The next morning she finds that she has an aversion to sunlight. Stumbling out at night, she finds herself drawn towards a nightclub and warehouse where the vampire Aurelle and her all-girl entourage live. Aurelle, who was Isabel’s mystery saviour, believes that Isabel is the reincarnation of her lost love Margo from 19th Century France. However, Isabel is horrified at the newfound bloodlust in herself and flees from Aurelle. Meanwhile, the police are looking for Isabel as chief suspect in the murder of the taxi driver.

The lesbian vampire film was a fad that peaked around 1970-2 with efforts such as Hammer’s Karnstein trilogy The Vampire Lovers (1970), Lust for a Vampire (1971) and Twins of Evil (1971), as well as various other efforts such as Vampyros Lesbos (1970), Daughters of Darkness (1971), The Blood Spattered Bride (1972), The Daughter of Dracula (1972) and Lemora: A Child’s Tale of the Supernatural (1973). Oddly, the genre saw a surprising return in independent British cinema in the latter half od the 2000s. First there was the low-budget mockumentary Vampire Diary (2006) and then the cinematically released Lesbian Vampire Killers (2009), which turned everything into a vulgar comedy, and the subsequent Carmilla (2019).

Temptation is an ingenue effort for most of those involved either in front of or behind the camera. What is perhaps interesting about it is that it is the only lesbian vampire film to have been made by a largely all-girl crew. It is in a sense a film about women reclaiming the lesbian vampire film from a province that has been one of male titillation up until now. Temptation makes worthwhile contrast to Lesbian Vampire Killers. Both are born out of the British lad/ladette culture – here, for instance, the encounter with the vampire comes after the heroine (Caroline Haines) is attacked on the way home from a drinking binge. Temptation takes uses more as backdrop to its central girl character’s life than Lesbian Vampire Killers, which seemed determined to wear it as an attitude and turned everything into ribald farce.

The material that Temptation deals with often seems overly familiar. I was certainly interested in watching the film to see what kinds of spins an all-girl team would put on the themes – unfortunately, these seem not too different from the standard male-made version. They do however construe the film almost as a vampiric equivalent of Thelma and Louise (1991) where the transgressive act of blood-drinking (ie. stepping outside of and defying society’s laws) and becoming a vampire is seen as a form of female empowerment and defiance against men (who are mostly portrayed as cheating jerks or rapists).

The film consists of an A and B story, following two strands – one with Caroline Haines as she adjusts to her new vampiric condition; the other dealing with the vampire Aurelle (Rachel Waters) and her brood of acolytes at the club/warehouse where they hang out. This latter half following the all-girl vampire group tends to cliche. Catherine Taylor has gone for the artily pretentious look of erotic vampire movies such as The Hunger (1983), Eternal (2004) and Haunting Desires (2004) – lush drapes billowing, coloured lighting schemes, the women draped in languid poses, and all accompanied by random inserts of a troupe of dancers at the nightclub.

Most of the film seems cliched in this regard – it feels like B-budget Zalman King. Worse, Rachel Waters plays the part of Aurelle with a very fake East European accent without seeming to realise that this has become a joke in vampire movies. (I am also getting sick of the cliche effect of vampires who are accompanied by the sound effect of a snarl every time they bare their teeth). Catherine Taylor, who has also worked as a cinematographer, shoots some rich lighting schemes and makes great use of London as a location, framing the action against various notable landmarks.

This tracks off into more predictable plotting as we then have Caroline Haines being pursued by two detectives. (I must also say that the basis on which the police here issue an arrest warrant – that her cellphone was found in the back of the taxi – is not one that would have held satisfactory burden of proof in any court of law). This is compensated somewhat by Graham Bowe who gives the best performance in the film as the lead detective. Unfortunately, Temptation falls between the two poles of vampire erotica and kitchen sink realism, never allowing either to win out and as a result fails to fully satisfy.