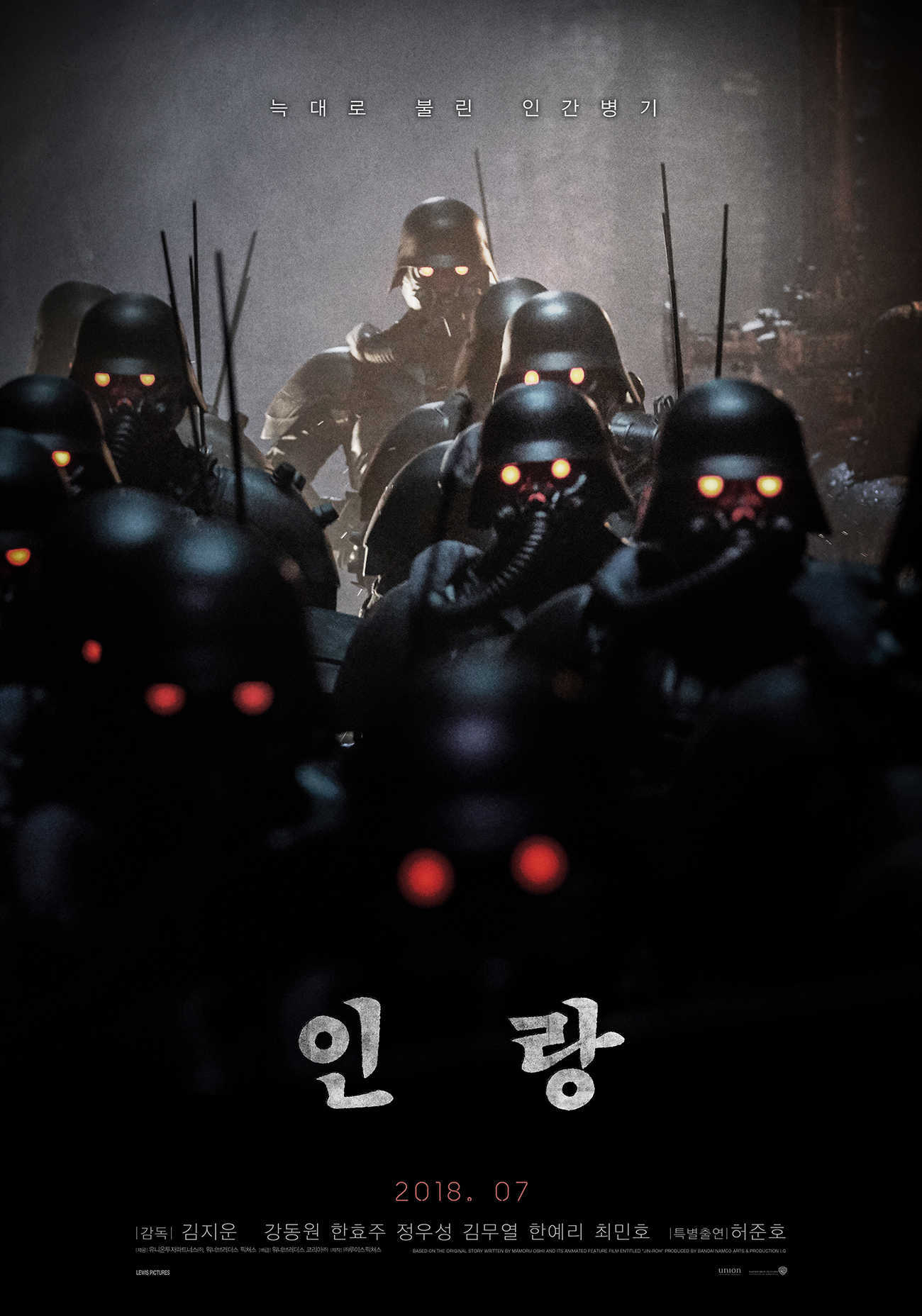 It is the year 2029. Due to international tensions between China and Japan, North and South Korea have decided to reunite. A terrorist group called The Sect are protesting against the union by violent means. An elite troupe known as the Wolf Brigade has been created among the Special Unit security force and are given orders to stop The Sect by any means necessary. The Wolf Brigade go on a sortie into the sewers where they open fire and kill a group of terrorists. One of the troupe, Lim Joong-kyung Lim, is witness as a young girl in a red coat detonates a bomb and blows herself up. This becomes a public relations disaster and the authorities temporarily suspend the Wolf Brigade. Lim seeks out Lee Yoon-hee, the older sister of the girl in the red coat, and a friendship grows between them. What he does not know is that she is a pawn set up by members of the Special Unit to have Lim and the Wolf Brigade disgraced. The two of them are forced on the run as the battle between factions of the Special Unit and The Sect spills over into massive armed conflict in the streets.

Kim Jee-woon is a South Korean director of increasing acclaim. Kim premiered with The Quiet Family (1998) whose greatest distinction was in being remade as Takashi Miike’s The Happiness of the Katakuris (2001), then found acclaim with the ghost story A Tale of Two Sisters (2003) and the gangster film A Bittersweet Life (2005), as well as the Western The Good, The Bad and the Weird (2008), before having an international breakout success with I Saw the Devil (2010) about a cop and serial killer ruthlessly pursuing one another. Subsequent to that, Kim was brought to the US to make the Arnold Schwarzenegger action film The Last Stand (2013). He has also made episodes of the genre anthologies Three/Three Extremes II (2002) and Doomsday Book (2012).

Illang: The Wolf Brigade is a live-action remake of the anime Jin-Roh: The Wolf Brigade (1998). The anime, written by Mamoru Oshii, took place in an alternate history version of Japan that seemed to be ruled by Nazis where its hero was a member of an elite troupe who was haunted by an incident in which a young girl blew herself up in a suicide bombing. Wound into this was a series of sophisticated metaphors between terrorists, werewolves and the fairytale Little Red Riding Hood. The film received considerable acclaim when it came out.

Kim Kee-woon has updated the setting from alternate world Japan to a near-future where the two Koreas have united – the opening scene sketches out a scenario among international political tensions that lead up to this. Otherwise the two films remain essentially the same on a plot level – both concern a soldier who is a member of the Wolf Brigade who wears a gas mask and stalhelm helmet with red glowing eyes; his being haunted by the suicide bombing of a young girl in a red coat; his befriending and attraction to her older sister; and his being wound into the political machinations of various factions. In both films, much metaphor is made between Little Red Riding Hood, the death of the little girl in the red coat and the masked member of the Wolf Brigade.

On the other hand, Illang does not contain the eruptions of fantastic imagination that Jin-Roh did and plays out in a much more realist mode. In fact, it is not hard to see it stripped of all the fairytale allusions and the nominal near future setting and cast as a regular Korean action film/crime thriller about internal politicking among factions of the secret service. This grounds the film, whereas Jin-Roh is a film that is constantly venturing off into the fantastic.

The main problem with Illang is that it is slooooow. Kim Jee-woon places much more emphasis on plot that Jin-Roh did – clearly his interest is the in-politicking among the various divisions of the secret service and the rebels. This takes up far more of the film than I ever remember it doing in Jin-Roh. The problem for me as a non-Korean is that in watching the film through subtitles I had difficulty following the complicities of the in-politicking some of which involve people acting as double agents, particularly when it came to the flashbacks.

Kim Jee-woon does redeem himself when it comes to the action scenes. There is a tough and brutal shootout sequence with Gang Don-won and Han Hyo-joo fleeing a heavily armed attack by the special unit at Seoul’s Namsan Tower, followed by a shootout/car chase in the parking lot. The climactic scenes with Gang Don-won in action in his Wolf Brigade costume approach something of the The Terminator (1984) as he eliminates an entire troupe of soldiers sent to stop him with a brutal mechanical efficiency.