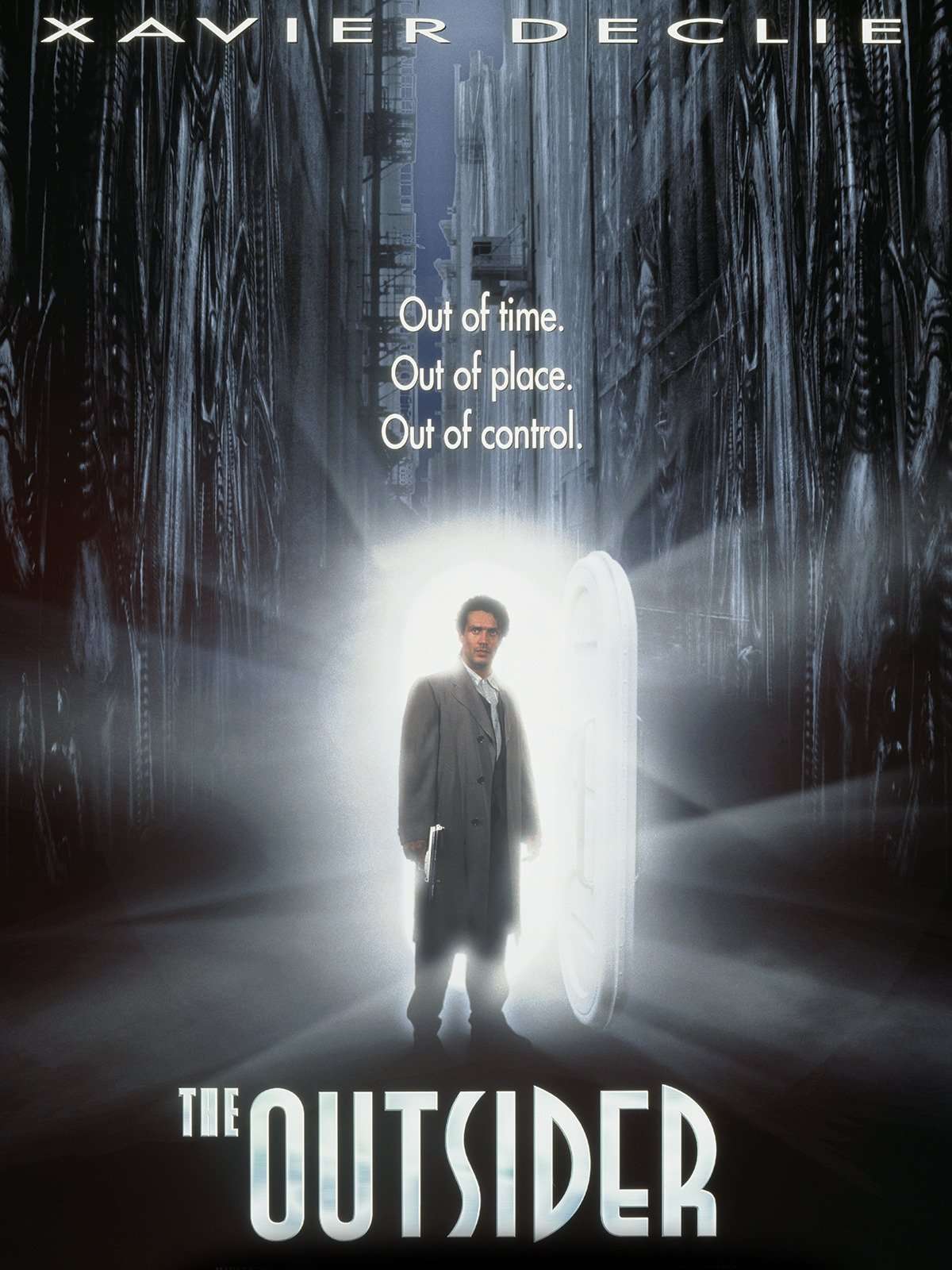 L.A., 2028. Garland Widmark tries to explain to police the disaster that happened at the Gangster World amusement park. He designed the software for the park, which used Robotic Carbon Units, part-human androids, to simulate a 1930s mob setting where visitors could harmlessly unleash their aggressive tendencies. Just as Garland was about to bring the park’s new control computer Donald 3000 online, the system somehow brought to life an assassin android, overrode its prohibitions against killing and sent it to find Garland. Garland’s co-worker and secret objection of affection Lita Hayworth was abducted by android mobsters. Garland was forced into a peculiar alliance with the assassin android, which was just coming to understand that it was artificial, in order to rescue Lita. They also had to deal with the mysterious Kingpin who was behind the problems in the park’s systems, as well as the park’s militaristic security head Alan Houston who decided that Garland must be eliminated.

The Outsider is a variant on Michael Crichton’s classic Westworld (1973). Where Westworld offered up the idea of an amusement park recreating movie Westerns with androids that goes amok, The Outsider offers a similar amusement park where people can play up against androids in simulations of film noir detective thrillers, which also proceeds to go amok. Certainly, the virtual simulation of a film noir environment has been used before, notably in the classic Star Trek: The Next Generation episode The Big Goodbye (1987) and Kim Newman’s novel The Night Mayor (1989), which has many similarities to The Outsider.

While both The Big Goodbye and The Night Mayor make sharp deconstructions of the genre and its cliches, The Outsider lacks the imagination. The closest it ever gets to deconstruction of the genre is scripter Patrick Highsmith’s naming the characters after actors from 1940s film noir – thus we have a hero named Garland Widmark (after Richard Widmark and Beverly Garland), a heroine named Lita Hayworth after Rita Hayworth, and various other characters named after actors of the era such as John Huston, Sydney Greenstreet, Mary Astor, Claude Rains, Edward G. Robinson, Edmund O’Brien, Peter Lorre, James Mason, Alan Ladd, even two thugs named Rath and Bone (after Basil Rathbone). [Even stranger is the fact that Patrick Highsmith is also the name of a fictional screenwriter in producer Avi Nesher’s Doppelganger (1993)].

Unfortunately, The Outsider never gets as interesting as its set-up suggests it might at the outset. It only ever ends up trapped down at the level of B movie cliches of amok AI’s and android self-awareness. The action scenes are cheaply choreographed, while the latter half involves far too much running around and shooting up. Moreover, the idea falls down when it comes to director David Bishop’s decision to play things as camp.

As The Outsider, Xavier Declie pouts and delivers bad cliche lines through a thick accent, while Stacey Williams vamps it to the hilt and gives an appallingly campy performance. One character named Huston naturally becomes the recipient of lots of bad “Huston, we’ve got a problem,” puns. The Outsider arms himself with bolas, which becomes the opportunity for much banter about “Quit staring at my balls … You’re the first man that’s ever touched my balls.”

The Outsider finally vanishes into a muddle of murky plotting during its end revelation of what is going on – something about the computer calling its creator to it and arranging the kidnappings. It is so murky that it appears, if one understands correctly, that the computer has for some reason arranged the entire scenario in order to blow itself up.