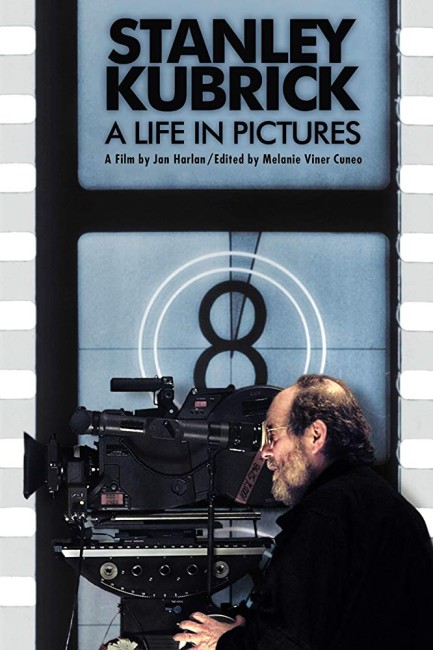 Stanley Kubrick may well have been one of the greatest directors of the 20th Century – certainly, there are many people interviewed during the course of this documentary that are convinced so. Kubrick made some great works – the anti-War film Paths of Glory (1957); the gladiatorial epic Spartacus (1960); Lolita (1962), a highly controversial work about paedophilia; the period drama Barry Lyndon (1974); the Vietnam War film Full Metal Jacket (1987); and the erotic film Eyes Wide Shut (1999). Although the films that we are concerned with here are the four films that Kubrick is most well-known for, all of which are genre films – the nuclear war black comedy Dr Strangelove or, How I Learned to Stop Worrying and Love the Bomb (1964); 2001: A Space Odyssey (1968), maybe the greatest science-fiction film ever made; the future ultra-violence black comedy A Clockwork Orange (1971); the haunted hotel film The Shining (1980); as well as A.I. (Artificial Intelligence) (2001), which was posthumously directed by Steven Spielberg.

In the last two decades or so of his life, a great mystique built up around Kubrick. People became fascinated with his reputation as an exacting control freak who once took 160 takes of a shot; his reclusiveness and stories of firing a shotgun as interlopers on his property; journalistic speculations that he was half-mad in his seclusion; to the utter secrecy under which he conducted his shoots and the rumour mills and wild stories that built up around his projects – the amount of speculation and wild stories that circulated around Eyes Wide Shut on online Hollywood rumour sites at the time was something that was only rivalled by the various Star Wars sequels.

Kubrick died in March 1999. Not long after came Stanley Kubrick: A Life in Pictures, a documentary that serves as both tribute to his work and one that seeks to penetrate the veil of mystery surrounding Kubrick. What is notable about the documentary is the calibre of interviewees that it arraigns – top-flight actors such as Tom Cruise, Nicole Kidman and Jack Nicholson and directors like Woody Allen, Martin Scorsese and Steven Spielberg. Tom Cruise even narrates the film. Director Jan Harlan also manages to interview Kubrick’s wife Christiane, daughters Anya and Katharina and sister Barbara Kroner, as well as obtain access to film footage from Kubrick’s childhood. If you contrast this to John Baxter’s excellent book Stanley Kubrick: A Biography (1997), which interviewed none of these subjects and had to rely on secondary source material, the film is notable for its being able to go inside the places that the normally ultra-reclusive Kubrick inhabited – to even film inside the kitchen of his estate. The difference of course is that director Jan Harlan is Kubrick’s brother-in-law (and also worked as Executive Producer on all of Kubrick’s films since Barry Lyndon).

There is maybe a total of a minute-and-a-half in the film where we actually hear Kubrick’s voice in the film. Nevertheless, the intensity of Kubrick’s intelligence, vision and demand for every aspect of control exerts itself over the documentary in posthumity as much as it did in any of his films. There is a fascinating picture that emerges of Kubrick – a driven mind that every single interviewee speaks in admiration of, yet someone who blossomed into an absolute control freak in pursuit of his vision and of whom everyone equally says was difficult to work with. There is a brief scene where we see him bullying Shelley Duvall on the set of The Shining. Interviewed, she candidly notes: “For a person so charming and likable, even lovable, he could do some pretty cruel things.” Yet she sums the great ambiguity that all those that worked with Kubrick: “I wouldn’t trade the experience for anything. Why? Because of Stanley. But I wouldn’t want to go through it again.” There are some fascinating glimpses of Kubrick’s obsessiveness – we get readings from a fifteen page memo he left in regard to the care of his animals when he went away on a trip, or his vet telling how Kubrick was concerned about his cat’s excessive drinking and ended up measuring the number of laps the cat made and then tried to calculate the amount of water drunken per lap.

There are striking and honest glimpses into people’s relations with Kubrick – particularly so Malcolm McDowell’s speaking of his friendship with Kubrick during A Clockwork Orange and how sad he felt at suddenly being cut off when filming ended. We also get a glimpse of how Kubrick was regretted the way his obsessiveness prevented him from making more films and some fascinatingly brief glimpses into uncompleted Kubrick projects – his planned Napoleon project in the early 1970s, The Aryan Papers about the Holocaust, and of course A.I., including Steven Spielberg on how Kubrick came to hand the project over to him.

Intro to the film here