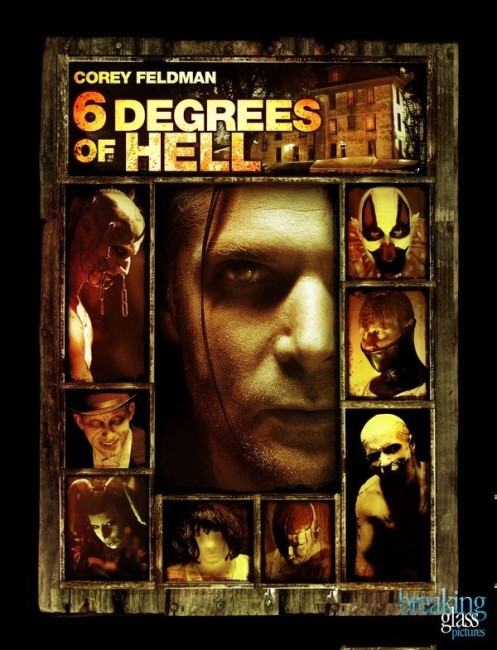 The renowned psychic Kyle Brenner is brought in by police who are seeking answers to what happened at the haunted house attraction known as The Hotel of Horror. A tv paranormal investigator show fronted by Erik Sanborn went to conduct an investigation into the building’s past. They borrowed a number of props from another well-known psychic Mary Wilkins. Joining the group were several others, including June Calloway. Among the borrowed objects was a vase that allowed June to see things that happened in the building’s past. Also at the hotel was the owner Jack’s nephew Kellen and his friend Chris, seeking refuge after Kellen was caught with his underage girlfriend by the bullying police chief Hansen. However, June’s entry into the house served to unleash her latent psychic powers and a horde of demonic forces present that sought the energy of others.

At Moria, we get sent a lot of dvds from industry outsiders hoping to make a break and get some exposure. Most of these are sadly not worth the time invested in watching them and are obscure for a very good reason. Among these, 6 Degrees of Hell counts as one of the worst. It is a film from Joe Raffa who had previously made Swooped from Nothing (2010), a documentary about independent filmmakers trying to make a break, and You’ll Know My Name (2011) about troubled high school youths.

Within minutes of starting watching, one is switching off at the utterly amateurish and shoddy videography. What is perhaps the worst thing about 6 Degrees of Hell is its almost complete incoherence as any kind of story. The first half-hour seems to consist of characters talking and drags on forever – yet in all of this it is difficult to work out what is actually happening. The upshot feels like several different competing plots all happening at once – a haunted house attraction where something nasty occurred in the house’s past; the crew from a ghost hunter reality tv series; the opening flashbacks to the murder of a girl by what appears to be a ghost; the police dealing with a character who may be possessed or else seems to believe he is a vampire. The film is constantly flipping back and forth between these storylines and far too many groups of characters, as well as between things that happened in the past and present, such that you have enormous difficulty keeping track of its plots.

Quite why anything is happening and any link that exists between one scene and another is often baffling. For instance, we get an entire subplot where David J. Bonner and director Joe Raffa himself play two friends with Raffa being harassed by the police chief (Faust Checho) after being caught with his underage girlfriend (Ashley Caspermeyer). They take refuge at his uncle’s haunted house attraction and then in a later scene go and dig up the girlfriend’s grave (with no intervening scene that in any way indicates she has been killed) and find the grave empty before she abruptly turns up as a zombie (again for no clear reason) and kills the police chief who also becomes a zombie.

Much of the film has been construed around the real-life location of The Hotel of Horror in Saylorsburg, Pennsylvania. This becomes the central setting for much of the film with the performers at the hotel playing the various figures in the background – they even conduct a commercial for the hotel’s website at one point. Unfortunately, when 6 Degrees of Hell breaks out into being a full horror film during these scenes, it becomes even more incoherent. Most of the latter third consists of Nicole Cinaglia wandering through the house and encountering various horrific apparitions. Unlike a similar work that plays on the carnival haunted house theme like The Funhouse (1981) or the very similar, slightly better real-life haunted house attraction-set The Bates Haunting (2012) and The Houses October Built (2014), the film fails to make any distinction for the watching audience between whether what one is seeing is part of the faked haunted house or is a series of apparitions being conjured by the demonic forces.

The film’s sole recognisable name is Corey Feldman, once a child star of the 1980s in films such as The Goonies (1985), Stand By Me (1986), The Lost Boys (1987), and another has-been performer since. Feldman still retains his youthful looks (and at the age of 41 looks as though he is still in his twenties). Though the film pumps him up as the main character and star, this is not the case and Feldman gives the impression that he has come in for a single day’s shooting in several scenes sitting in a police station interrogation room that amount to maybe two minutes of screen time at most.