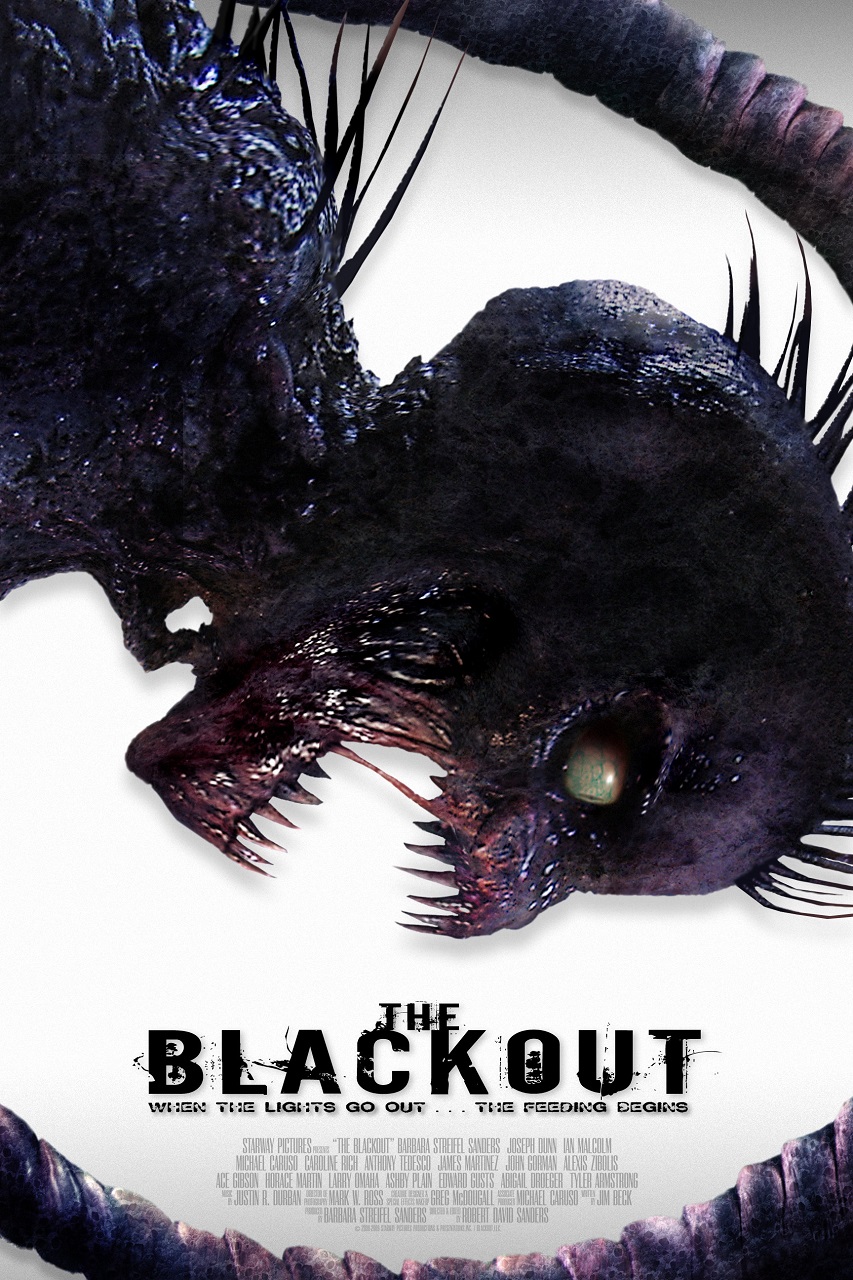 It is Christmas Eve in Los Angeles as the city is plagued by a series of earth tremors and mysterious power blackouts. Daniel and Elizabeth Pierce are relaxing in their apartment and send their son down into the basement to bring back the Christmas presents. He finds mysterious mollusc creatures in the basement and is then attacked. Their younger daughter Ashley also vanishes after following him down to the basement. The people in a neighbouring apartment are holding a party when they are abruptly attacked by creatures. Fleeing, the group force their way in and take refuge in the Pierce apartment. They realise that the creatures live in the dark and create fields that drain power from electric lights in the vicinity. The group endeavour to rescue the children from the basement and make their way to safety.

If The Blackout is otherwise generic, Robert David Sanders certainly has an effective ability to generate tension and produce surprise shocks. There is a promisingly foreboding initial scene where Tyler Armstrong goes down into the basement to get the Christmas presents and encounters the slugs, followed by Abigail Droeger going down looking for her brother and exiting the elevator not seeing the huge bloodstain on the door and then ominously coming across a long trail of blood that looks like a body has been dragged away across the floor.

Robert David Sanders produces a number of effectively unexpected jumps – like when the tentacle abruptly pierces the chest of the hostess in the midst of the party; or where Anthony Tedesco, the landlord (Horace Martin) and repairman (Larry Omaha) are walking down the corridor, Omaha is whacking his fading torch and then suddenly gets a tentacle through his chest; or where Ace Gibson is pinned to the wall by a creature that slices through his neck, leaving his head pinned to the wall while the body collapses beneath. Sanders gets tight and reasonably effective performances from his ensemble of unknown actors.

The Blackout never does anything to explain what the creatures are, where they come from or why they are causing blackouts across the city. From the holes in the ground, you get the impression that they have emerged from underground not unlike a variation on something like C.H.U.D. (1984). On the other hand, the opening shot of the Earth from space suggests that what we are watching is some type of alien invasion film. The creatures’ ability to cause power and lighting blackouts is undeniably reminiscent Vanishing on 7th Street (2010), which came out around the same time and was equally enigmatic about where its creatures came from.

On the minus side, when we do see the creatures, they look generic – like something out of a B-budget 1980s Alien (1979) copy. One minus is also the score, which is so concerned with pumping up dramatic tension that it frequently ends up drowning out dialogue.