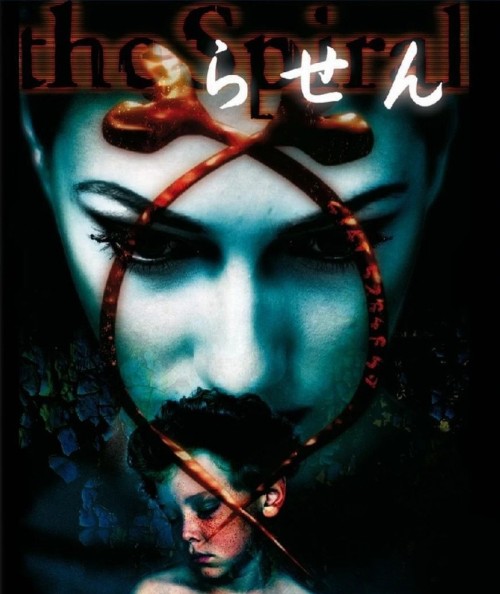 aka Ring: The Spiral

The pathologist Mitsuo Ando is asked to perform an autopsy on his friend and colleague Ryuji Takayama. In investigating the circumstances of Takayama’s death, Ando learns that Takayama was a friend of Reiko Asakawa and that both believed in the existence of a haunted video broadcast that could kill people within seven days of viewing it. Ando dismisses this idea as nonsense but is then given a copy of the videotape. He starts to believe after he views the tape and then has dreams of Sadako appearing to him. A rationalist, Ando tries to prove that the videotape somehow transmits an infection via visual data. Ando also believes that Takayama could see the future and that he has left a coded message telling him how to defeat the menace.

The Spiral was one sequel that somehow became overlooked in all of this. In fact, rather than Hideo Nakata’s Ring 2, The Spiral was the film that was originally intended as the direct sequel to Ring. The Spiral is an adaptation of original novelist Koji Suzuki’s 1995 book sequel to Ring and was produced at the same time and released on the same day that Ring was. Audiences leapt upon Ring in a big way but ignored The Spiral. Amidst all of the Ring mania that ensued, The Spiral ended up being forgotten and regarded as the black sheep of the series. This did not stop English-language distributors renaming The Spiral as Ring: The Spiral and in many places dvd boxing The Spiral with the same spooky red on black design that all the other Japanese Ring films were released with. The only person returning from Ring is Hiroyuki Sanada who played the part of the heroine’s boyfriend in Ring.

The Spiral starts out promisingly. The script initially follows on closely from the end of Ring – in fact, far more closely than Ring 2 did. Director Joji Iida throws in a blackly funny scene about five minutes in where Kochi Sato is asked to perform an autopsy on his good friend Hiroyuki Sanada and the eviscerated body starts coming to life on him. There is a spooky moment when the mystery girl’s hand touches Koichi Sato and then she appears and starts making out with him. Certainly, The Spiral has nothing in it that is ever as unearthly as the body appearing out of the well or Sadako’s emergence from the tv set at the end of Ring. The film also has the interesting idea of scientifically exploring how the video curse spreads with the hero considering the (rather improbable) idea of a virus that is passed via the optic nerve.

Eventually though, The Spiral becomes a disappointment. After a promising beginning, it becomes slow, talky and not much happens throughout. There is little in the way of spooky atmospherics that run through the other Ring films. If anything, The Spiral feels like a film made by a director who is more used to making gritty downbeat police dramas than it ever does a horror film. There is a Sadako that turns up but the girl in a summer dress with an enigmatic smile could not be further removed from the unearthly creation Hideo Nakata gave us appearing out of the tv at the end of Ring. The end of the film goes into completely off the wall territory with Sadako eventually reborn after Dr Ando has sex with Takayama’s lover Mai who then gives birth to his late son but at the price of the dead now being allowed to be reborn. What a bizarre way to end a film, least of all a Ring sequel.