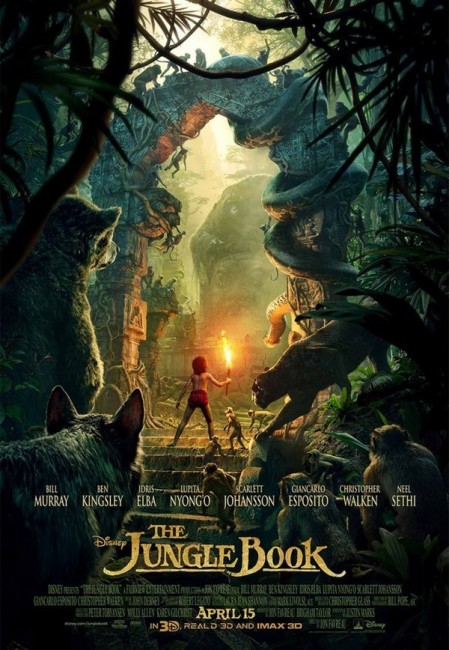 Mowgli is a young man-cub who has grown up in the jungle, having been adopted by a wolf pack after he was abandoned following the death of his human father. The tiger Shere Khan, who holds all of the jungle in fear, has a hatred of all humans and states that he wants to kill Mowgli. Bagheera the panther takes it upon himself to shepherd Mowgli to the safety of a human village. However, they are separated following an attack by Shere Khan and Mowgli falls into the company of the wily bear Baloo. As they continue on, there is the ever-present threat of Shere Khan who determinedly pursues Mowgli.

Rudyard Kipling (1865-1936) was a English writer who grew up in India at the height of the British Raj. Kipling started as a journalist and began publishing stories in 1886. Over his career, he published numerous works, becoming a celebrated poet and novelist. By far, the most famous of Kipling’s works are The Jungle Book (1894) and The Second Jungle Book (1895). These consist of a series of self-contained stories alternated with poems.

In large part due to the film adaptations, we always associate The Jungle Book with the adventures of the young man-cub Mowgli, but it should be pointed out that Mowgli only appears in eight of the fifteen Jungle Book stories and the others consist of unrelated adventures and animal characters. Kipling was extremely popular during his day, receiving the Nobel Prize for Literature, while he was even lies buried next to Charles Darwin’s grave. Although giving inspiration to a great many other writers, he has become less popular during the latter half of the 20th Century where his work is seen as holding an unapologetic defence of British imperialism.

Kipling’s work has been popular on the screen. Although there have been a number of films based on his other books and poems with the likes of Elephant Boy (1937), Captains Courageous (1937), Gunga Din (1939), Kim (1950) and The Man Who Would Be King (1975), the most popular work to be adapted is The Jungle Book. The first of these adaptations was Alexander Korda’s lavish live-action Jungle Book (1942) starring Sabu as Mowgli, followed by the endearing and popular Disney animated version The Jungle Book (1967). Disney later remade this in live-action as The Jungle Book (1994) directed by Stephen Sommers with Jason Scott Lee as Mowgli. Over the next few years, we saw several spinoffs including the theatrical sequel The Second Jungle Book: Mowgli & Baloo (1997) and a tv movie The Jungle Book: Mowgli’s Story (1998), while the animated film was also followed by a sequel The Jungle Book 2 (2003). There has also been a Russian film Maugli (1973) and an anime tv series The Jungle Book: The Adventures of Mowgli (1989-90). Andy Serkis subsequently directed another live-action adaptation with CGI animals with Mowgli (2018).

This new version comes from Jon Favreau. Favreau started in the industry as an actor with a breakout role in Swingers (1996), which he also wrote, and parts in other high-profile films such as Deep Impact (1998) and Daredevil (2003). He made his directorial debut with the mob comedy Made (2003) and had a hit with the Will Ferrell breakout comedy Elf (2003). This became a springboard to genre material with Favreau going on to make Zathura: A Space Adventure (2005), the big fanboy hits of Iron Man (2008) and Iron Man 2 (2010), Cowboys & Aliens (2011) and the non-genre Chef (2014), as well as executive producing the post-catastrophic tv series Revolution (2012-4) and The Avengers films.

Favreau has turned to conducting a direct remake of the Disney film, the second live-action remake of the 1867 original that Disney has offered. The plot follows the same path as the 1967 film – Mowgli’s journey to the human village to escape from the threat of Shere Khan is used as the dramatic hook, and there are similar kinds of encounters along the journey with King Louie, Kaa the snake and Mowgli’s falling in with Baloo. (There are the encounters with the vultures and elephants too but neither are given any personification). In both, there is also the threat of human-created fire, which is desired by King Louie and ultimately used to defeat Shere Khan. The fact that Favreau is remaking the Disney film as opposed to returning to Kipling is confirmed by the use of two of the songs from the 1967 film, the hit The Bare Necessities and the Sherman Brothers’ I Wan’na Be Like You.

Unlike the 1994 remake, which abandoned the talking animals aspect altogether (in all likelihood because the CGI and animatronics of the day were not up to the task of creating convincing characters) and gave us a version of Kipling that came out more akin to a Tarzan film, Jon Favreau has chosen to conduct a live-action version of The Jungle Book along the lines of Babe (1995) where the animals talk and exist as distinctive characters. Favreau has the advantage of top of the line effects houses on board, including MPC, Weta Digital and Digital Domain, as well as The Jim Henson Creature Workshop having created puppet equivalents of the animals to react with the actors on set.

The upshot of this is that we end up with convincingly lifelike talking animals that become their own distinctive characters – indeed, there is only a single human character, Mowgli, in the film. The film hits its stride perfectly from the opening scene at Peace Rock where Favreau introduces a whole menagerie of animals. Most of all what strikes you with the scene is that you are watching the animals naturalistically interacting and that you invest your suspension of disbelief in what is going on.

In fact, the animal characters end up being far more distinctive than the sole human character, where Neel Sethi gives us Mowgli who is a far too precocious modern kid. The key ends up being some spot-on voice casting. Ben Kingsley prowls about with tight paternalistic concern as Bagheera, while Bill Murray voices a comically engaging Baloo to perfection. The most eccentric piece of casting is Christopher Walken who takes on the role of King Louie. Where the role was voiced by big band leader Louis Prima in the animated version, Walken’s dry voice makes for a Godfather-styled Louie who is now incarnated as a stunning King Kong-sized orang-utan. Favreau bizarrely enough models these scenes along the lines of Marlon Brando in Apocalypse Now (1979).

Subsequent to this, Jon Favreau went on to conduct his live-action adaptation of The Lion King (2019).

(Winner for Best Special Effects at this site’s Best of 2016 Awards).