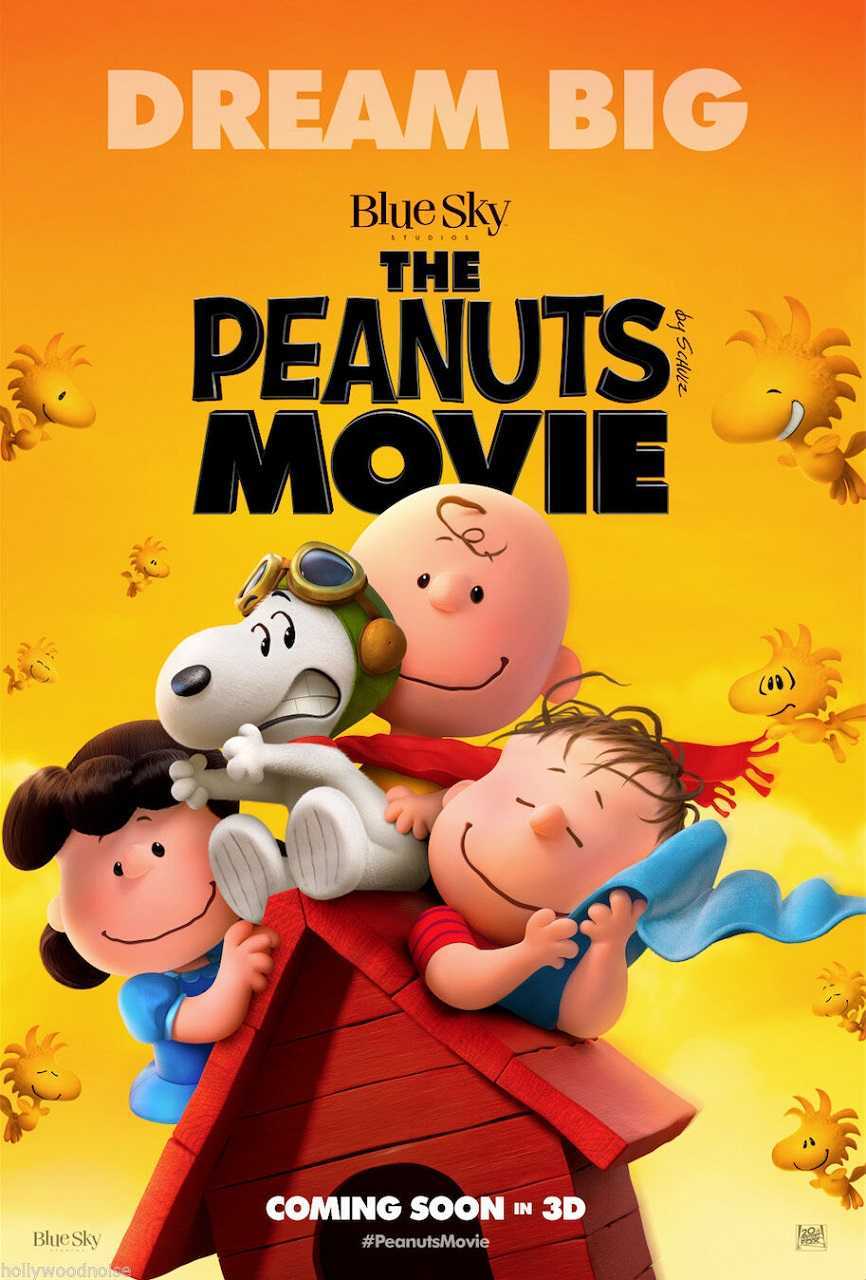 It is the first day of winter. Charlie Brown decides that this is the perfect time to make another attempt to fly a kite, although this goes disastrously as all of his other attempts have done. A new family has moved in next door and Charlie falls head over heels for their daughter the Little Red-Haired Girl who is also in his class. However, he is unable to find the courage to go and talk to her. Lucy persuades Charlie that the only way he will be noticed by her is if he does something to stand out. Learning that the Little Red-Haired Girl likes to dance, Charlie tries to perfect a series of moves for the school dance but these go astray when his dog Snoopy sneaks in. When he is partnered with the Little Red-Haired Girl to write a book report, Charlie does an amazing report on ‘War and Peace’ after reading the book in an entire weekend, only for the report to be accidentally shredded. Meanwhile, a model airplane gone awry has caused Snoopy to become obsessed with daydreams of flying off to fight the Red Baron and rescuing the lovely Fifi from his clutches.

Peanuts was the creation of cartoonist Charles M. Schulz (1922-2000). The strip ran in numerous syndicated newspapers from its inception in 1950 until Schulz’s death after which it was retired by the Schulz family on his wishes not to have it continued by others. During its fifty-year run, Schulz conceived and drew every strip himself. Despite the strips only appearing as four panels (usually), Peanuts developed a considerable complexity, dealing with the perpetual underachiever Charlie Brown and a great many other characters that appeared throughout the strip’s long run. Schulz was also extremely successful in selling ancillary merchandise, earning an estimated one billion dollars from these, which have included T-shirts, greetings cards, toys, records, books, more than twenty computer games, the licensing of the characters in commercials, two stage shows and even an ice show. There were four prior animated Peanuts theatrical films – A Boy Named Charlie Brown (1969), Snoopy Come Home (1972), Race for Your Life, Charlie Brown (1977) and Bon Voyage, Charlie Brown (1980), as well as 45 animated tv specials and an animated tv series The Charlie Brown and Snoopy Show (1983-6), which ran for thirteen episodes.

I was not entirely sure if I should review The Peanuts Movie as a fantasy film – it seems to be a whimsical piece about a regular slice of American childhood hence mundane in nature. However, I reasoned that when you have a film that involves a dog displaying intelligence in helping the hero in his endeavours, employing a typewriter, even employing disguises to try and get into school and dances, while drifting off into Walter Mitty-like daydreams about being a flying ace, it is hard not to see it as a work of absurdism if not fantasy.

Here the Schulz estate have chosen to team up with Blue Sky Studios, something that made me little enthused about going to see The Peanuts Movie. Blue Sky have become one of the leading studios in mainstream animation since their first appearance thirteen years before this. I liked their first two films – Ice Age (2002) and Robots (2005). Thereafter though, Blue Sky slipped into making an interminable number of sequels to Ice Age – Ice Age 2 (2006), Ice Age 3: Dawn of the Dinosaurs (2009), Ice Age: Continental Drift (2012) and Ice Age: Collision Course (2016) – and occasional original works like Horton Hears a Who! (2008), Rio (2011), Epic (2013), Ferdinand (2017) and Spies in Disguise (2019). Blue Sky’s films have become bland and repetitive, recycling a set series of stock animation characters and cues, pitching everything down at a level of cutsie laughs, gags and pop culture references. It is at their door that can be laid the interminable sequelitis that every other mainstream animation studio such as Pixar, Dreamworks, Sony and Illumination descended during the 2010s.

The presence of the Schulz estate on the project has meant that it The Peanuts Movie comes steeped in reference to a great many familiar aspects of the strip’s long history – references to the Kite-Eating Tree, the Great Pumpkin and the complete absence of adults. There is a long line-up of the strip’s familiar characters, although most of them are reduced to little more than walk-ons with one or two lines and without the complex interactions they had in the original. The ones placed at the forefront are naturally Charlie Brown and Snoopy who became the major characters of the strip from the 1960s onwards. The characters have been rendered in big simplistic circles and shapes, which one supposes is being faithful to the minimalist way that Charles Schulz drew them but in 3D animation this also tends to make them resemble the characters out of South Park (1997– ).

The downside of Blue Sky’s involvement is that the whimsicality and the wry humour that we had in the original Peanuts is either sidelined or simplified. What we get instead are a host of typical Blue Sky comic set-pieces – scenes with Snoopy flying through the air and pursuing the Red Baron up the side of the Eiffel Tower and rescuing Fifi from a collapsing zeppelin. Aside from that, there are numerous slapstick sequences with Charlie Brown being dragged along by his kite and skidding across a pond of ice skaters, the chaos with Sally roping the cow at the talent show, Charlie’s attempts to drag the copy of War and Peace (1869) home on his toboggan or of the model plane going out of control.

With Charles Schulz dead, it is difficult to divine what his intent would have been but somehow one suspects that the purpose of the comic-strip was not to create the sort of slapstick set-pieces that children love or the pieces of empty eye-candy and wow that Blue Sky seem to throw into every film. Nor do I suspect Schulz would have been hugely in favour of the insertion of a series of banal contemporary pop songs on the soundtrack. At least the film does arrive at an ending that offers a sweet uplift that works rather nicely.