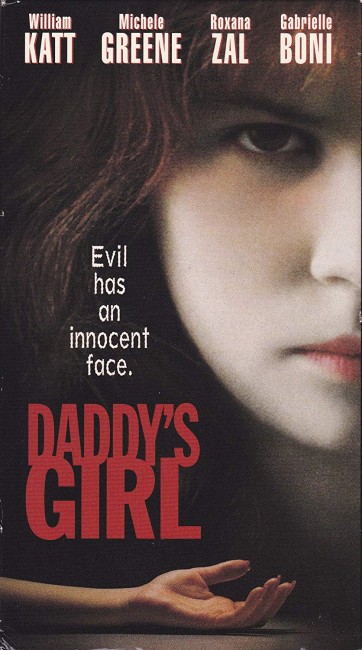 Young Jody clings to the life of happiness offered by her adopted parents Don and Barbara Mitchell. However, when Jody’s school principal threatens to send her away to another school because of her bad behaviour, Jody kills her. Meanwhile, her step-parents start arguing over Barbara’s having to financially support Don as he tries to fulfil his dream of designing toys. People start advising Barbara to leave Don. And so Jody decides she must kill again to protect her perfect family.

All of Pierre David’s earlier thrillers shuffle around the themes and basic formulas patented by much more successful works like Fatal Attraction (1987), The Stepfather (1987). In this case he takes inspiration from The Good Son (1993) and before that the classic killer child film The Bad Seed (1956).

Unfortunately, most of David’s earlier films are made to a plodding predictability of script and direction, seemingly irrespective of who is behind the camera. (His later ones improve to no end). Each set-up is telegraphed well in advance in a way that effectively robs them of any suspense.

Daddy’s Girl is as formulaically routine as the rest of David’s films from this era. At least young Gabrielle Boni in striking fire-red hair does conjure up an effective nastiness on screen.