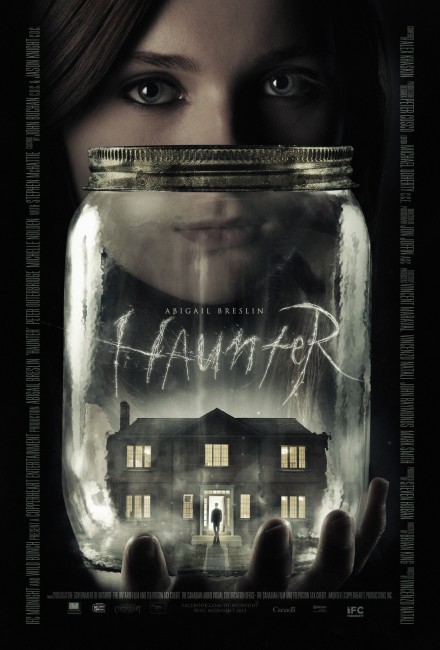 Lisa Johnson wakes up on the day before her sixteenth birthday. She has come to the realisation that she and her family always go through the same things every day and have continued to do so for a long time, although the rest of the family are not aware of anything out of the ordinary. The outside of the house is surrounded by fog and they are unable to call out or get the car started. She comes to believe that they are all dead. Lisa then begins to hear and see ghostly figures in the house and starts trying to contact them using an ouija board. After doing so, she receives a visit from a sinister man who claims to be a phone technician. He tells her to ignore what she hears otherwise her family will pay. However, she persists to discover a secret cellar beneath the house that contains the skeletons of murdered girls. She starts to tentatively communicate with the other girls through time. Together they try to put an end to the ghostly killer who keeps their spirits imprisoned and takes over the bodies of those who continue to inhabit the house to re-enact the murders.

Canadian director Vincenzo Natali has become a strong genre contributor over the last decade. Natali had a festival and genre hit with the superb puzzlebox film Cube (1997). He subsequently went onto make the consistently excellent likes of Cypher (2002), a Philip K. Dick-ian reality bender about brainwashing; Nothing (2003) about two losers who are left trapped in a blank white void; the genetic engineering film Splice (2010); the U is for Utopia segment of ABCs of Death 2 (2014); and the Stephen King adaptation In the Tall Grass (2019). Natali was long associated with the adaptation of J.G. Ballard’s High-Rise (2015) and William Gibson’s Neuromancer (1984), and has also executive produced the Found Footage stalker film 388 Arletta Avenue (2011).

Here Vincenzo Natali has set out to make a ghost story and aims for quite different places to most of its ilk. Haunter immediately sets in as Natali keeps popping eerie effects on us – the shadowy figure momentarily seen in the attic behind Abigail Breslin just before light bulb blows; the girl who wakes up inside Abigail’s bed; the abruptness of the phone call from the chemistry teacher; the eerie jump when Abigail turns and is suddenly able to see her brother’s invisible companion ‘Edgar’ sitting at the dinner table smiling ominously.

Things turn increasingly sinister and threatening. Like where Abigail wakes up in the morning to find the recurring daily scenario changed with Peter Outerbridge’s father now smoking and then turning to abuse wife Michelle Nolden. And then comes the visit from Stephen McHattie’s menacing telephone repairman who abruptly asks Abigail “How long have you been awake?” – and urges her to ignore what she hears with threats of what he will do to the rest of the family. This is a film that takes delight in the pure pleasure of constantly delivering unexpected twists on where we think it is going.

Vincenzo Natali loves conceptual mysteries and as soon as Abigail Breslin is trying to tell her parents that they are in a timeloop and theorises that they are all dead, your mind is racing trying to work out what type of film we are watching. You are immediately reaching to other examples in the genre simply to try and figure where Haunter is going – is it a horror version of Groundhog Day (1993), perhaps something like the way that Triangle (2009) emerged? A conceptual ghost story that takes the point-of-view of the ghosts a la The Others (2001)?

It is a film of mind-spinning turns – a Philip K. Dick-ian ghost story, if you like. The turns become increasingly wilder to the point where the film has Abigail’s ghost being summoned through time to the present-day and inhabiting the body of the girl living in the house there (Eleanor Zichy) as the killer, who is also dead inhabiting the present-day girl’s parents, tries to re-enact the scenario.

Out of the plethora of copies that were made of The Sixth Sense (1999) and its remarkable left field twist ending, Haunter is one of the few ghost stories that doesn’t just copy but builds on and takes that twist somewhere ie. the starting point of the story is the heroine waking up and realising that she is dead rather than this being the big surprise twist at the end. The mind-spinning twists that the script throws on everything are utterly bewildering. The only complaint might be that the end of the film never particularly pulls off a strong enough denouement to make all of the twists worth it – by this point it feels more like a script that is wheeling them out for their own sake.