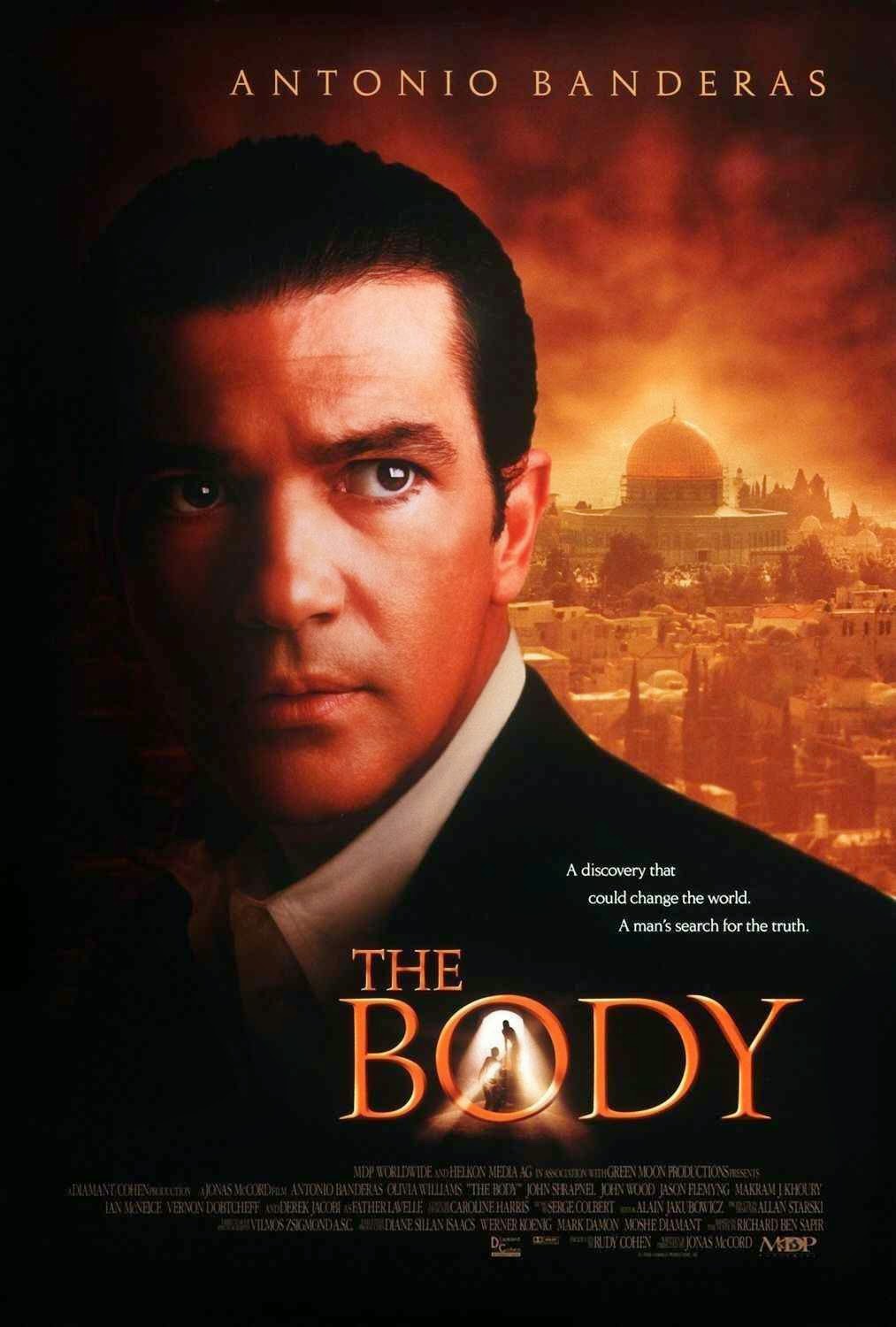 Father Matt Gutierrez, a former military intelligence officer turned priest, is dispatched to Jerusalem by The Vatican to investigate a discovery by archaeologist Sharon Golban. She has unearthed a tomb that she believes contains a body that may be that of Jesus Christ. This poses grave issues of faith to the Catholic Church who believe in the doctrine of Christ’s bodily resurrection. As Matt pressures Sharon to keep the discovery quiet until it can be conclusively proven, it becomes a focus where all factions in Jerusalem – Orthodox Judaism, Palestinian independence fighters and Israeli nationalists – seek to advance their own causes.

The Body is a rather interesting film. One had no idea what to expect from it. Certainly, it was released directly to video in the US, despite headlining a name like Antonio Banderas, something that perhaps demonstrates it had difficulty obtaining a cinematic release because of its subject matter.

The Body falls halfway between being a thriller and a serious study of religious faith. It is based on a 1971 novel by Richard Ben Sapir, the creator of the Remo ‘The Destroyer’ Williams novels, who also wrote a number of such works of religious/historical fiction. Director/writer Jonas McCord has certainly done his research archaeologically and The Body rings with a sense of verisimilitude in this respect.

The thriller aspect however is never maintained with the twists and turns expected of the form – Jonas McCord seems more interested in diverting off into discussions of the political and theological implications of the discovery. The film also casts the interesting central question not so much as a thriller mystery but as a choice of faith and truth for the hero – should he allow truth about the body to be known above all, even if it means destroying his own and millions of other people’s faith? Disappointingly, the film opts for an ending that, rather than take the philosophical challenge laid down, opts to nail shut the lid on the Pandora’s Box it has opened.

McCord also updates the novel into the midst of the contemporary conflict over the Palestinian push for nationhood and is at his best in capturing a realistic snapshot of contemporary Jerusalem and its political tensions – the mix of Orthodox Judaism, random terrorist attacks, the push for Palestinian independence and the desire of Israeli nationalists to have the world regard Jerusalem as the capital. (The Body was something that has become even more relevant in the time between the film was made and released with Ariel Sharon’s ascendancy to the Israeli prime ministership and heated renewal of the Israeli-Palestinian conflict).

The Body also falls into a mini-genre of films that all came out around 1999-2000, all either strongly advocating or questioning matters Catholic, which included the likes of Stigmata (1999), Dogma (1999), The Divine Ryans (1999), The Third Miracle (1999), Desecration (1999), Bless the Child (2000) and Lost Souls (2000). The Body is certainly devout – it reads far more as a work of religious faith than it does as an archaeological thriller and one doubts that many aspects would be fully appreciated by someone unfamiliar with Christianity. The film The Body most resembles is Stigmata – both films feature a priest investigator uncovering historic evidence that unsettles Church doctrine and both end with he rejecting The Church and deciding that true faith rests in the heart, not institutional stricture.