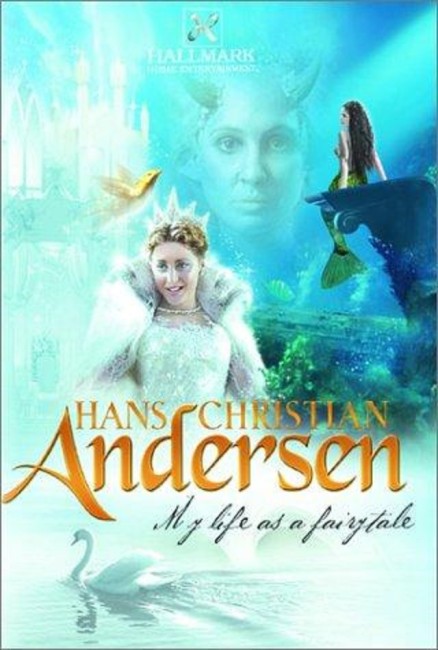 aka Hans Christian Andersen: My Life As a Fairytale

Denmark in the early 19th Century. After the death of his father, the naive young shoemaker Hans Christian Andersen travels to Copenhagen to seek his fortune. There he becomes enchanted by the crippled Jette Collin. Jette’s father Jonas agrees to become his patron, introducing Andersen to the Crown Prince and paying for him to go to school. Andersen also falls for the opera singer Jenny Lind. Throughout all of this, he makes up fairytales. After these are published, Andersen gains fame. With the money from his books, he follows Jenny all over Europe, chasing her love, although fails to see the affection that Jette has for him.

My Life as a Fairytale is loosely based Hans Christian Andersen’s own autobiography The True Story of My Life (1846). There Andersen recounted the story of his own life with a certain liberalism and the mini-series similarly treats the details of Andersen’s life with broad-minded regard. Certainly, Kit Hesketh Harvey has does some commendable research into Hans Christian Andersen’s life – there is far more factuality to the mini-series than there was to the ridiculous, almost entirely fictionalised Danny Kaye biopic Hans Christian Andersen (1952). Kit Hesketh Harvey covers most aspects of Andersen’s life – from his lowly beginnings, his desire to become a singer or dancer, his patronage by Jonas Collin, Collin’s sending Andersen to school as an adult under the schoolmaster Simon Meisling (who was in actuality much kinder than the martinet he is portrayed as here – nor is their any record that Meisling’s wife came onto Andersen), his discovery and acclaim as a writer of fairytales, his ceaseless journeys throughout Europe, even such details as his going to stay with Charles Dickens and mention of Andersen’s brothel keeper aunt.

My Life as a Fairytale wants to explore the creative relationship between the author and his works. In this regard, the mini-series is not unlike Finding Neverland (2004), which tried to speculate that incidents in J.M. Barrie’s life influenced the writing of Peter Pan (1904). Thus the mini-series has a series of literalistic scenes where Andersen keeps stumbling upon incidents that become analogues of his tales – a flight into the crown princess’s bedroom and a meeting with the maid making her bed becomes the occasion for him to create The Princess on the Pea (1835); while living homeless, he meets a little girl who tries to keep them warm by lighting matches, which becomes the basis of The Little Match Girl (1845); upon going to visit Jenny Lind, he immediately sees a mirror and clasps his hand to his eye in an analogue to The Snow Queen (1845).

Like Finding Neverland, My Life as a Fairytale is happy to creatively rearrange the details of its subject’s life to suit its own dramatic purposes. This is most notable when it comes to the portrayal of the two women in Hans Christian Andersen’s life. The character of the opera singer Jenny Lind is reasonably accurate – Andersen confessed to have a crush on her when he wrote The True Story of My Life and noted in his diary that he had considered marrying her. Alas, the character of Jette Collin is almost a complete fiction. She is clearly based on the figure of Henriette (or Jette) Wulff, who was Andersen’s closest confidante. While Jette Wulff did have a hunchback, she was not crippled, and more importantly, she was not Jonas Collin’s daughter. The basic relationship between Andersen and Jette – her infatuation with him, his disinterest in marrying her and her tragic death aboard the ship The Austria in 1858 – is portrayed accurately however.

However, in making Jette Wulff a daughter of Jonas Collin and discussing romantic issues there, the mini-series does raise one contentious issue that is gaping by its omission to almost anybody who is familiar with Hans Christian Andersen’s biography – and that is that the real romantic issues in Andersen’s life were not with Jonas Collin’s daughter but his son Edvard. The huge central issue that has been entirely left out by My Life as a Fairytale: Hans Christian Andersen is the fact that Hans Christian Andersen was probably gay or at the very least bisexual. In his diary, he recorded a number of infatuations with members of both sexes throughout his life. It is not believed that any of these crushes were ever fulfilled or even reciprocated and, in all likelihood, Andersen died a virgin, but this is a crucial element of almost any Hans Christian Andersen biography. It is disappointing to see that Hallmark, in their pitch to family entertainment, have edited this critical fact out of the story of Andersen’s life.

Considered on its own terms, My Life as a Fairytale: Hans Christian Andersen is passably made. The main problem with the mini-series is the casting of Kieran Bew as Andersen. Certainly, the mini-series is reasonably accurate in terms of getting inside the character of Hans Christian Andersen and seeing him as a socially maladroit outsider desiring very much to find acceptance in Danish high society. However, Kieran Bew gives such a simple-minded and manically hopped-up performance of earnest naiveté that he ends up mitigating against much of the conviction. In the first half of the show, Bew wanders around with such blithe lunacy and/or semi-slapstick gaucheness that you end up having little to no interest in Andersen as a character.

The show picks up considerably during the second half where the script develops out The Little Mermaid and The Snow Queen as metaphors for Hans Christian Andersen’s relationships with the two women in his life. Even though this is largely a fiction created by the screenwriter, the idea of the two stories as metaphor – the Little Mermaid representing the crippled Jette Collin who yearns to find normal love and the Snow Queen representing Jenny Lind who remains an impossibly distant object of desire in Andersen’s eyes – is well achieved. The series offers dramatic enactments of both tales (even if it has to alter them somewhat, particularly the ending of The Snow Queen, to work as metaphors) and minor enactments of some other stories. It is nice to see The Little Mermaid being told more accurately – ie. the excision of the cutsie element that have taken over the tale following Disney’s The Little Mermaid (1989) – with the mini-series retaining the scene where the mermaid gets her tongue cut off with a knife and the tragic self-sacrifice that comes at the end.

Director Philip Saville has a career in British television that goes back to the 1960s, tmost successfully with the hit tv mini-series The Boys from the Blackstuff (1982). He has made a number of other genre tv mini-series, including Count Dracula (1977), the acclaimed Louis Jourdan adaptation of Bram Stoker for the BBC; The Life and Loves of a She-Devil (1986), the famous quasi-fantastical Fay Weldon feminist work about a woman’s revenge; First Born (1988) and a further Fay Weldon adaptation The Cloning of Joanna May (1991), both about cloning; the little-seen theatrical films for the strange Shadey (1985) about a man with psychic powers and The Fruit Machine (1988) about gay youths pursued by a killer