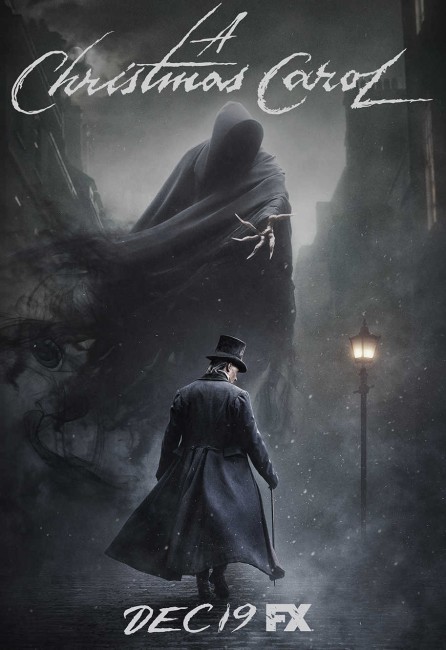 London, 1843. After begging for a chance for redemption, Jacob Marley is brought back from the grave and sent to persuade his former business partner Ebenezer Scrooge to redeem. On Christmas Eve, Marley appears to Scrooge and warns him that after midnight on the stroke of each hour three ghosts will appear to offer him the chance of redemption. Scrooge sneers at this but then the Ghost of Christmas Past appears, dragging Scrooge on a tour back through his childhood, showing him the abuses he received and how his dedication to money and miserly ways have caused deaths and untold misery. The ghosts of Christmas Present and Christmas Future also appear showing Scrooge the hope of those around him in the present and the lone death that awaits him in the future.

Charles Dicken’s A Christmas Carol (1843) is a classic Christmas tale. There are few who are not familiar with its story of the redemption of a miser. Indeed, the story has become so popular that the name of its title character Scrooge has become a colloquial terms for someone who is parsimonious. There have been more than fifty film and tv adaptations (see below for a listing of these). This was a mini-series made in three one-hour episodes as a co-production between the BBC, the US FX Network and Ridley Scott’s production company Scott Free.

It soon becomes apparent that this is a very different version of A Christmas Carol than anything we have had before. Most versions of the story stay fairly much with the basics that Dickens laid down – starting the story with Scrooge and his clerk Bob Cratchit, followed by the arrival that evening of the ghosts of Marley followed by Christmas Past, Present and Future who take Scrooge on a tour of his life and cause him to undergo a redemption.

By contrast, Steven Knight expands the story out considerably. You can see this from the opening scene where we have a boy pissing on Jacob Marley’s grave, Marley waking up and begging for redemption, being taken down to Purgatory where he is assigned to earn his forgiveness by persuading Scrooge to redeem and then encountering Christmas Past (an unrecognisable Andy Serkis) around a winter bonfire in the woods.

This is also a considerably more adult version of the story than any other adaptation of A Christmas Carol to date, something that may well sit in the stomach like a piece of undigested beef with some traditionalists. Scrooge and others freely throw around the word “fuck”, which kind of takes you back given that A Christmas Carol is a work that has so commonly been regarded as one intended for family audiences in the past. It is also a version unafraid of pushing over into the horror element with images of Marley wandering about with a missing jaw.

In fact, you are often quite astonished at how dark a vision of A Christmas Carol this, including scenes where young Scrooge is beaten by his drunken father (Johnny Harris) who beheads his pet mouse with a penknife; followed by a visit back to his boarding schooldays where we find that he was sexually abused by the headmaster following an arrangement with Scrooge’s father. In another scene, Mary Cratchit comes to Scrooge to plead for financial aid for Tiny Tim only for Scrooge’s price to be to blackmail her into offering herself to him sexually – which she does – as part of an experiment in morality.

The writing in the show is quite exceptional. Steven Knight takes all the given characters – Scrooge, Cratchit, his wife, Marley – and builds each of them out with backstories and goes into these with often astonishing pieces of writing that dig deep into their character. Some pieces of the writing like the venture back into Scrooge’s schooldays or the devil’s deal he traps Mary Cratchit in leave you quite floored. It is also the first adaptation (as far as I am aware) to show how Scrooge obtains his money with scenes showing him as the equivalent of a 18th Century corporate raider taking over business at low prices and then selling off the assets, something that gives the story much more of a contemporary immediacy.