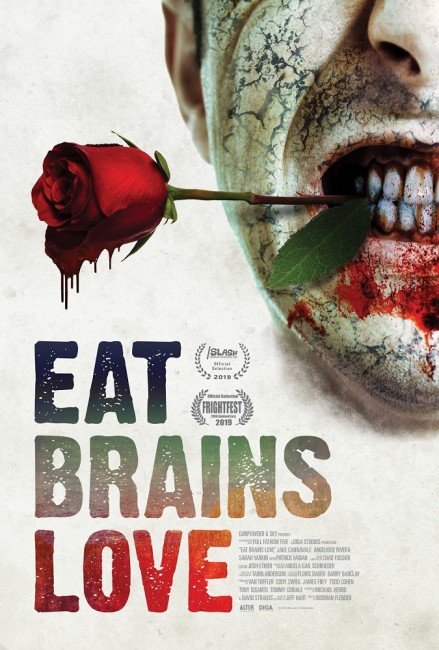 Jake Stephens is a high school student without much ambition. He has an unrequited crush on popular girl Amanda Blake. At the same time, Jake and Amanda both abruptly turn into zombies in the school cafeteria and turn and devour several others. They flee the scene together but are pursued by Cass and Tim, agents of NCD, Necrotic Control Division, a secret government agency that hunts zombies. Cass is a telepath employed to track people by reading objects they have touched and then erase all trace of the zombies from people’s minds. After Jake comes to her aid, Cass believes he is different to the rest of the necrotics they hunt. Jake and Amanda are granted refuge by other necrotics who have managed to hold back their zombie-like tendencies by eating animals and killing those who are deserving like registered sex offenders. As the NCD comes on their trail, Jake finds an ally in Cass who is willing to aid and protect them from the ruthless NCD head Alistaire who is wanting to turn necrotics into weapons.

Rodman Flender is a director who emerged out of the Roger Corman stables. He made his directorial debut with the artificial insemination horror The Unborn (1991) and went onto make Leprechaun 2 (1994) and the possession comedy Idle Hands (1999), as well as wrote the script for the Corman-produced Dracula Rising (1993). Most of Flender’s work since has been in directing television with the documentaries Let Them Eat Rock (2004) and Conan O’Brien Can’t Stop (2011) and the occasional film such as the werewolf comedy Nature of the Beast (2007) and the non-genre comedy Play Nice (2014). Eat Brains Love adapts a 2013 novel by Young Adult author Jeff Hart who has since expanded it as a series with Undead With Benefits (2014).

Jake Cannavale seems another variant on Devon Sawa’s slacker hero from Idle Hands – as the film opens, he delivering a typical teen monologue accompanied by montage of life at school. But then comes the jolt scene where Rodman Flender throws everything on its head and has Cannavale and object of his affections Angelique Rivera abruptly turn into zombies in the school cafeteria – she starts to make out with friend Abbie Gayle and then abruptly tears her face off, while Cannavale tears the stomach out of his best friend Joseph Poliquin. It is a great and unexpected out of the blue scene.

There is another highly entertaining scene in the middle of the film where Jake Cannavale and Angelique Rivera join the two girlfriends (Kristin Daniel and Kym Jackson) and they sit down to a feast that consists of a paedophile tied to the table, which they launch into with gusto, ending with intestines everywhere. This comes accompanied by amusing lines like “Who knew the Sexual Offender Registry would be so useful.” It is this splatter heavy approach balanced with comedy that makes Eat Brains Love the best of Rodman Flender’s films I have seen to date.

We have had the zombie Romantic Comedy before with Warm Bodies (2013), which had Nicholas Hoult as a zombie in a romance with a living girl. This more challengingly has both the lead characters as zombies, although in order to make its premise work and not have a film where all the romantic lines are “arrragh brains”, it conducts a sleight of hand that has them turn back to regular good-looking teens as soon as they have eaten flesh. The romantic comedy/road movie element seems of intermittent interest to Flender and he only occasionally remembers to return to it. Jake Cannavale is a rather gloopy take-him-or-leave-him hero but at least Angelique Rivera has a sparkliness and natural energy that carries her side of things.

The main problem with Eat Brains Love is that it has great comedy potential but seems all over the place as a script. The story sets up the NCD as a nemesis – a Secret Government Agency that has clearly been modelled on the title group in Men in Black (1997) and sequels who police zombie outbreaks and then erase people’s memories of what happened. There is a B storyline that sets Sarah Yarkin’s Cass up as someone who rebels against her own side and comes to the aid of Jake and potentially may even by a secondary romantic lead. However, just as the film starts to gather a head of steam in this area, it comes to an abrupt halt – at the point where the fleeing trio come across other Necrotics and we find that one of these is the same girl that infected Cannavale in the first place – whereupon the film slams the brakes on in mid-story to great frustration. It is as though the original novel had been split in two and the rest of the story was intended for another part.