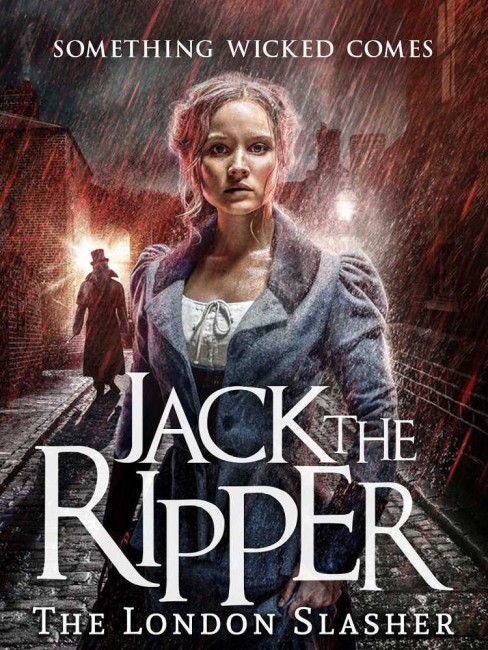 In 1888, Anna Kosminski arrives in London from Germany, searching for her mother only to learn that she fell on hard times and has died. Anna learns that her brother Jakob has been placed in the Colney Hatch asylum and accused of the Jack the Ripper murders due to the fact that one of the victims Mary Jane Kelly was killed in his room. She visits where Jakob lived above the studio of photographer Samuel Harris. She persuades Harris to take her on as assistant and he gives her the room next to Jakob’s to move into. Certain that her brother is innocent, Anna sets out to find the identity of the real Ripper. This serves to cause the ire of Scotland Yard who believe the case is closed, although makes her a friend in Inspector Abberline who comes to Anna’s aid. It also brings the real Ripper on Anna’s trail determined to make her his next victim.

The Jack the Ripper killings exist in infamy. These consisted of the murder of five prostitutes over a four-month period in 1888 in London’s impoverished Whitechapel district. The identity of the Ripper was never solved, although this has not stopped a vast industry of speculation ever since with suspects ranging from the plausible to entirely fanciful. There have been a considerable number of films on the subject – for greater detail see Jack the Ripper Films.

As with all of the other Jack the Ripper films, this new version plays fast and easy with the facts – indeed, there has yet to be any filmed (non-documentary) depiction of the Jack the Ripper killings that does not largely fictionalise the historical details. The film opens on the murder of the last canonical victim Mary Jane Kelly. In real life, Kelly was killed in the dingy single room ground floor flat that she rented, probably having brought the Ripper back as a client after meeting him as a prostitute. By contrast, the film has her being murdered in a much more spacious second floor photographer’s studio, although at least it accurate to the crime scenes and shows her being gutted on a bed and her viscera removed. The film also provides Kelly with a daughter that she never had in real life.

The film gets full marks for actually introducing two of the Ripper suspects – Aaron Kosminski (as opposed to Jakob) who was a Polish Jew (as opposed to German) immigrant who worked as a barber who suffered from severe mental illness. Like the character here, Kosminski was placed in the Colney Hatch Lunatic Asylum. Police records indicate Kosminski was considered a suspect and in recent years there is a disputed DNA test that claims to prove that Kosminski was The Ripper. (Unlike the film, Kosminski did not die until 1919). Kosminski is tied to or thought to be the same person as David Cohen, another inmate at Colney Hatch, who is also regarded as a potential suspect. Here David Cohen is written as being a photographer rather than a shoemaker and is not committed to an asylum.

This film also continues the idea first perpetuated in From Hell (2001) that Inspector Frederick Abberline was a dashing young man (here played by 31 year-old Falk Hentschel) who engages a liaison with a girl connected to the case. By contrast, the real Abberline was in his mid-forties, balding and had mutton chop whiskers. More to the point, Abberline was a married man, which need not necessarily be a problem but is certainly a hurdle to these depictions of him as a romantic lead.

That said, this is not so much a film about the Ripper killings as such but a story set in their aftermath. This film has Sonja Gerhardt improbably set out on her own to track down The Ripper in order to free her brother. The story winds most of the men around her end in as suspects. This requires a plot where The Ripper, a serial killer who impulse-killed women, alters his modus operandi to kill witnesses and leave taunting notes that he is coming for Sonja. The end improbably reveals that there were actually two Ripper killers and offers the intriguing sounding idea about how the world needed The Ripper, although you feel that this needed a whole lot more explanation than it is given.

The one major thing this version does well is that it recreates Victorian London with a great deal of historical realism and dirt and detail. You could easily believe you are there. The only thing that seems out of place is the very fact that this is a German film and you are watching characters that are supposedly English speaking German throughout.

Aside from the recreation of Victorian London, there is an annoying anachronism in the use of movie cameras. The setting is not long after the Jack the Ripper murders occurred where Sonja Gerhardt visits the still bloodstained room where Mary Kelly was killed. This would place the date as not long after the date of Mary Kelly’s murder on November 9th 1888. Aaron Kosminski was transferred to Colney Hatch two-and-a-bit years later on February 4th of 1891. The big problem with this is that the Lumiere Brothers did not invent the movie camera or even screen the first film until 1895. This has Lumiere-like cinematographes in use and seemingly a whole lot more versatile – even able to be used as spy cameras through peepholes in walls – some seven four years before the reality. The film does namedrop Louis Le Prince, a Frenchman living in Leeds – and, although Le Prince did construct the world’s first film camera and sought a patent for it, he mysteriously disappeared in 1889 without ever actually publicly screening any of his films.

The other Jack the Ripper films include:- those that conduct supposedly straight tellings of the details of the case such as Jack the Ripper (1959), the Spanish Jack the Ripper of London (1971) with Paul Naschy, Jess Franco’s Jack the Ripper (1976) with Klaus Kinski, Jack the Ripper (tv mini-series, 1988) starring Michael Caine, The Ripper (1997), the Alan Moore graphic novel adaptation From Hell (2001) with Johnny Depp and Ripper Untold (2021). There are a number of other works that feature The Ripper as a central character like The Lodger: A Story of the London Fog (1927), The Lodger (1944), Room to Let (1950) and Man in the Attic (1953), although most of these vary widely from the known details. More prevalent have been speculative treatments, including the likes of:- having the contemporary but fictional figure of Sherlock Holmes solve the mystery in A Study in Terror (1965), Murder By Decree (1979) and Holmes & Watson: Madrid Days (2012); the Ripper being an alien spirit that possesses Scotty in Star Trek‘s Wolf in the Fold (1966) and with similar stories occurring in episodes of Kolchak: The Night Stalker (1974-5) and The Outer Limits (1995-2002); the Ripper being Dr Jekyll in both Dr Jekyll and Sister Hyde (1971) and Edge of Sanity (1989); Jack the Ripper’s daughter featuring in Hands of the Ripper (1971); H.G. Wells and the Ripper travelling through time to the present day in Time After Time (1979) and its tv series remake Time After Time (2017), as well as a time-travelling Ripper appearing in episodes of tv series like Fantasy Island (1977-84), Goodnight Sweetheart (1993-9) and Timecop (1997-8); The Ripper having travelled out West in the Knife in the Darkness (1968) episode of the Western tv series Cimarron Strip (1967-8) and the film From Hell to the Wild West (2017);The Ripper being resurrected or copycated in the present day in The Ripper (1985), Bridge Across Time/Terror at London Bridge (1985), Jack’s Back (1988), Ripper: Letter from Hell (2001), Bad Karma (2002), The Legend of Bloody Jack (2007), The Lodger (2009) and Whitechapel (tv mini-series, 2009); a parody segment of Amazon Women on the Moon (1987) that speculates that the Ripper was in fact the Loch Ness Monster; the Babylon 5 episode Comes the Inquisitor (1995) that reveals the Ripper was taken up by aliens and redeemed; transposed to Gotham City in the animated Batman: Gotham By Gaslight (2018); even turning up as a character in the French animated film Jack and the Cuckoo-Clock Heart (2013). Also of interest is the tv series Ripper Street (2012-6), a detective series set in London in the immediate aftermath of the Ripper killings.

Trailer here (in German no subs)