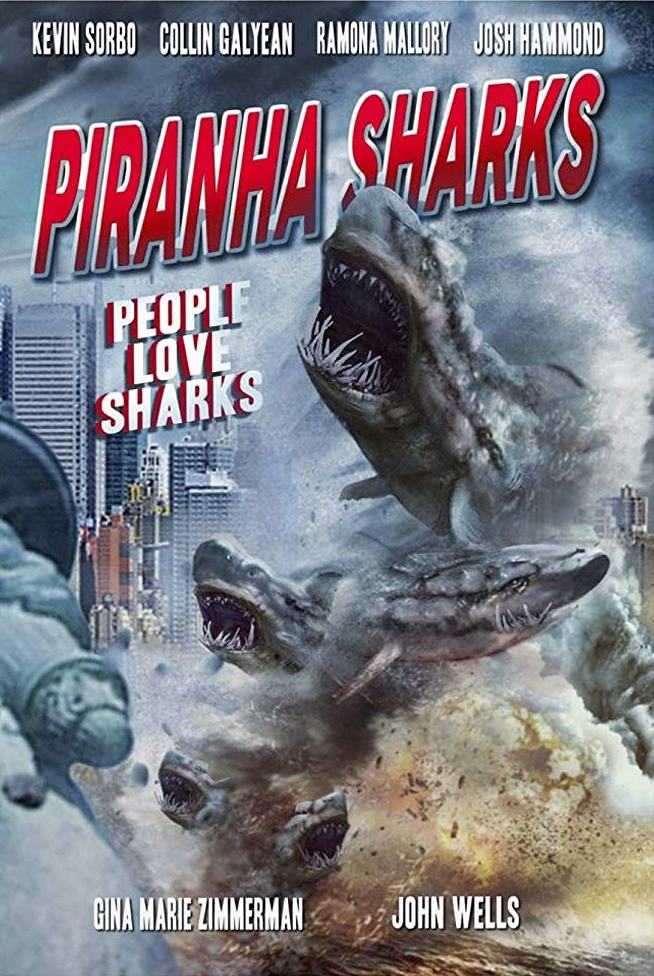 That Leigh Scott is making a cheap gonzo shark film it goes without saying. That has not stopped some quite witty and enjoyable efforts from emerging amongst the abovementioned. On the other hand, Piranha Sharks is just cheap. Notedly, we get very little of the actual sharks appearing throughout – just a handful of brief cruddy CGI shots. The most amusing of these is during the opening scene with a scientist (played by Leigh Scott himself) in the lab where we get a glimpse through the microscope and can see a bunch of miniature sharks swimming around, all before they get loose and he is infected.

The rest of the film is just a series of random character interactions, some of which involve the piranha sharks and the efforts to stop them, although just as many that do not. Scott has played many of these scenes for comedy. The most amusing of these is a parody of the Flashdance (1983) number where a dancer’s routine involves tipping a bucket of water over herself only for the bucket here to be filled with the piranha sharks. Kevin Sorbo, the film’s only recognisable name, has undeniable amusement in his appearances as a corrupt mayor. On the other hand, the film never brings these occasional scenes together into a sustained whole. Mostly it is fairly silly and a very slight entry in the gonzo killer shark cycle.