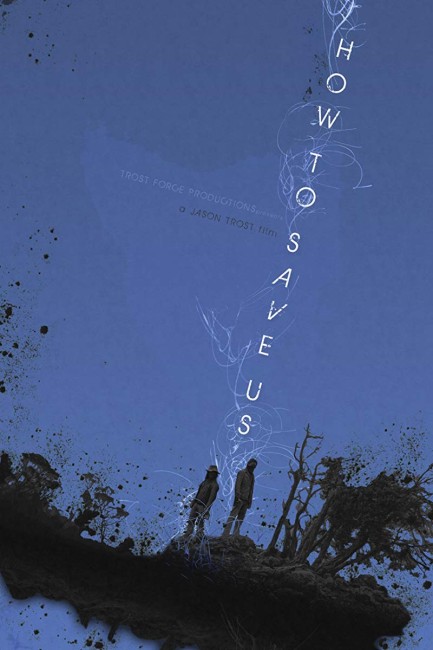 39 days ago, the Australian island of Tasmania was placed under quarantine, ostensibly on the grounds that it was affected by plague. Bryan Everett receives a call from his sister Molly, urging him to go into the quarantine zone to find his younger brother Sam. Sam’s notebooks are filled with bizarre claims about spirit creatures that can only be detected with an infra-red camera or in their disruption of radio waves, and instructions about how to hide from them by covering oneself with the ashes of the dead. Smuggling ashore, Bryan sets about following Sam’s trail to find his whereabouts, all the while trying to avoid the ghostly creatures.

Jason Trost began directing, writing and starring in his own short films in 2007. He made his feature-length debut with The FP (2011) and went onto the non-genre Wet and Reckless (2013) and the low-budget superhero film All Superheroes Die (2011). Subsequent to this, Trost made sequels to his earlier films with All Superheroes Must Die: The Last Superhero (2016) and FP2: Beats of Rage (2018). He had made small acting appearances in a number of other films, most substantially as a deputy in Hatchet III (2013). Trost would appear to have fans in Australia and received Australian financing to shoot How to Save Us in Tasmania, the island to the southeast that is regarded as the boondocks by fairly much everybody who lives in the rest of the country.

How to Save Us is a borderland zone film that reminds of works such as Stalker (1979) or Monsters (2010) that are set in mysterious terrestrial zones where something alien has happened to alter the terrain into an eerily otherworldly place or where the regular rules no longer apply. Australians have ventured into this territory before with films such as the classic The Picnic at Hanging Rock (1975), Incident at Raven’s Gate (1988) and the also Tasmanian-set tv series The Kettering Incident (2016).

I cannot say that I was a fan of All Superheroes Must Die but I was surprised by How to Save Us. Jason Trost has made a film on minimal resources – there are only two actors present and he plays one of them. Most of the film consists of Trost or Coy Jandreau as his brother walking through the fields and deserted townships of Tasmania. There is no almost dialogue – for the simple reason that the characters do not share any screen time – and the only spoken words that come throughout are from either’s voiceover narration. The only other character present is Tallay Wickham as the sister and she is only heard in a phone conversation with Trost at the start of the film. (For that matter, there is not a single scene in the film in which any of the characters share screen time together or with any other people). In many ways, what we have is a highly experimental film – one that has eschewed any kind of dramatic structure (there is no real plot to it) and mostly consists of characters walking through empty fields and/or the local bush.

Despite this, How to Save Us absorbs with its intensely mysterious atmosphere. Even despite its lack of plot, the film holds you to it puzzled and wanting to know what is going on. Trost has created a uniquely original series of creatures and a fascinating set of rules for their behaviour/avoiding them. I genuinely reached the end of the film uncertain as to whether How to Save Us can be classified as science-fiction, as was my original assumption, or as fantasy/horror.

The biggest disappointment comes at the end where the film fragments off into a lack of answers. [PLOT SPOILERS]. Trost’s protagonist reaches an island and seems to enter a set of ruins that have been littered with items from his childhood where he wanders through encountering memories of the past. This left me unclear if this was some type of allegorical trip through the unconscious or we were meant to take the scenes literally and accept that the spirit beings had physically arranged items there for him to find. This resembles the climaxes of films like Solaris (1972) and Contact (1997), which have their respective protagonists travel into confrontation with the unknown only to find that what they bring with them/project onto the infinite is their unresolved family issues. The film trails off with a series of unresolved questions – what are the other-dimensional entities? Are they ghosts? Why have they taken over Tasmania and in a way that seems to resemble more an alien invasion than a haunting? This is a film that does fantastically well in the build-up but falters when it comes to the payoff.