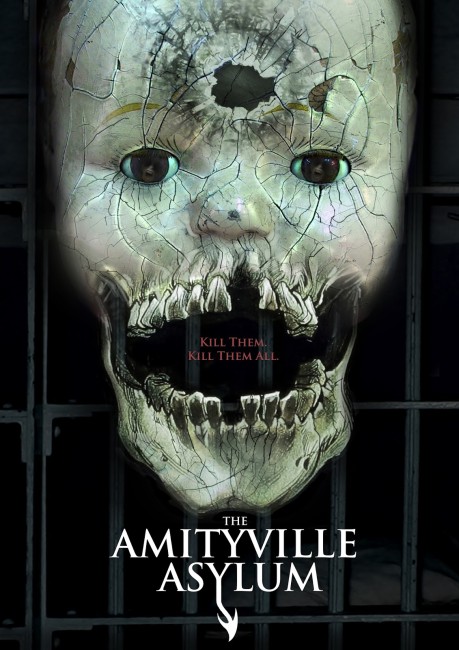 Lisa Templeton applies for and obtains a job as a janitor at the High Hopes psychiatric hospital. She is introduced to Ward X that houses patients that are regarded as criminally insane. On the job, she begins to see spooky apparitions of a young girl and a patient who is reported as being dead. She learns that High Hopes was built on the site of the demolished house at 112 Ocean Avenue, the infamous Amityville House where Ronald DeFeo murdered his family in 1974 and before that was the site of an Indian massacre. She comes to believe that Sadie Krenwinkle, one of the patients on Ward X, imprisoned for Satanic sacrifices, is orchestrating thirteen murders that will allow her to become immortal. However, trying to alert people to these things then has her locked up as insane by the asylum’s head.

Many of these are not even made by the same company as the original – given that Amityville is a real town, it becomes difficult for the filmmakers to make any exclusive claim to copyright on the title. The Amityville Asylum, for instance, is not even an American film and was shot by a British production company with a predominantly British cast pretending to be American. The greatest point of connection this has to the original is its claim that the titular asylum was built on the site of the demolished Amityville house (which in real life still stands), while the opening scenes give us a potted recount of the Ronald DeFeo murders. (It should be said that this is more semblance to the ‘facts’ than most of the other Amityville sequels, which are often merely based around artefacts taken from the Amityville house).

It is frequently obvious that The Amityville Asylum is being conducted on a low-budget. For instance, the entire asylum – one that has a whole wing of criminally insane patients who have been convicted as multiple murders – seems to be staffed by no more than three orderlies, no nurses and a single doctor. I know many psychiatric facilities are underfunded and cutting back on staff but this seems to be taking things to ridiculous lengths.

Amid other implausbilities is the way that an absurd number of supernatural happenings seems to accrue around only one girl who, when she brings this to the attention of the head doctor, is instantly committed to the institution (without even a hearing of any kind – in most places to be committed, you at least have to be demonstrating clear evidence of harm to self or others and be placed before a judge). This then thrusts The Amityville Asylum into the company of a bunch of other films such as Committed (1991) and Gothika (2003) about psychiatric staff who find themselves committed into their own asylums.

Director Andrew Jones serves up a dull range of illusions, ghostly appearances and a cheerful British-accented killer but fails to deliver anything particularly scary. The film is well cinematographically composed and lit but the lack of decent budget shows through in the clear economy of sets. The cheapness of the budget becomes particularly evident at the climax that fails to find anything scary in the scenes of Sophia Del Pizzo being pursued through the asylum by a shotgun-wielding maniac. The film leaves several irritating loose ends – it is never clear why the job was set up solely to select Sophia Del Pizzo, for instance. It also ends without ever revealing the identity of Patient X, who one thought would have had a much bigger role in the film or, given the prologue, would be revealed to be Ronald DeFeo himself.