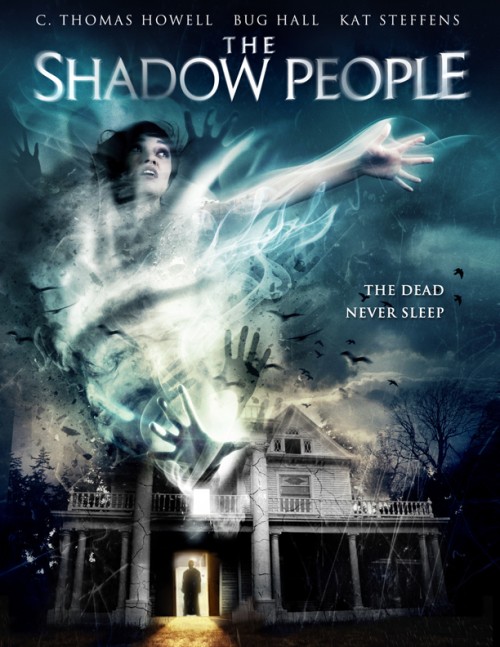 Husband and wife Andrew and Megan have moved to a house they have brought in the Texas countryside. Driving on a rainy night, they skid to avoid crashing into someone on the road ahead. Returning home afterwards, Megan is certain that she can see ghostly figures around the house. Andrew however begins to question her sanity.

Brian T. Jaynes has been consistently plugged away at the horror genre for nearly a decade by this point. When it comes to Shadow People, I hoped that he would have made something interesting out of a genre as hackneyed as the ghost story. Only he doesn’t. The scares he produces here are tepid. There are one or two mildly spooky scenes with faces appearing at windows or in the background that might scare somebody who doesn’t have much of an awareness of the genre. In other scenes, particularly one where Kat Steffens sees something moving in the floorboards of a cupboard, it is difficult to tell what is going on. The silliest of these are when the supernatural forces in the house tip a small shelf over on top of Kat Steffens – you just sit there thinking it is ridiculous that she cannot simply lift the shelf up and free herself.

Bug Hall and Kat Steffens connect together fairly well as the married couple and give a modest conviction on screen. Interestingly enough this is a film that plays out entirely as a two-person drama with no others appearing until right near the end. Unfortunately, the two of them are lumbered with an incredibly cliche arc for a haunted house film – he sees nothing and puts the apparitions that she sees down to mental instability on her part.