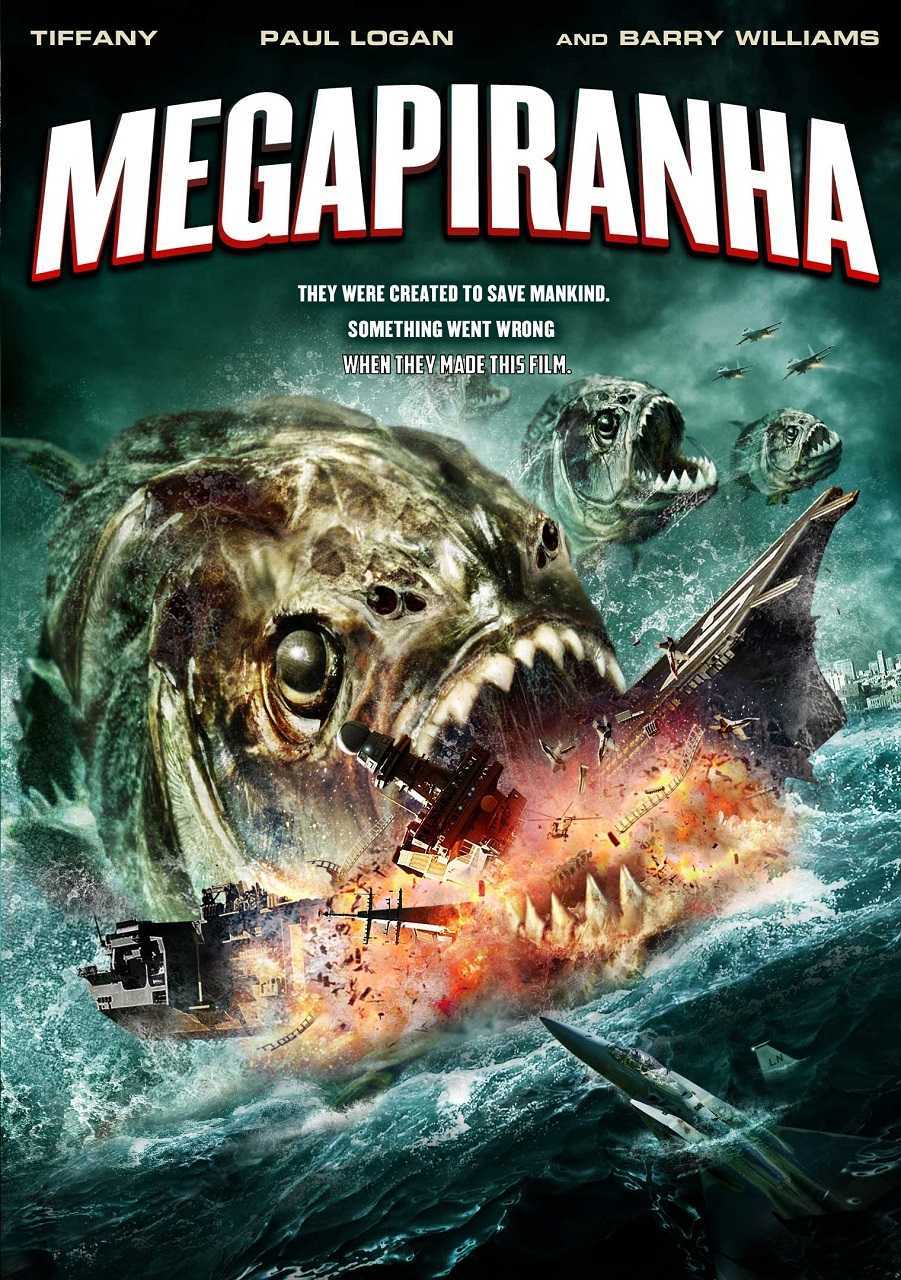 State Department analyst Jason Fitch is sent Venezuela to investigate the death of US Ambassador Regis who disappeared while partying aboard a boat up the Orinoco River. At the airport, Fitch meets Sarah Monroe, a professor working on genetically enhanced food crops, who tries to convince him that the deaths were due to experimental piranha created in her laboratory. These have escaped and are growing exponentially in size every few hours. The Venezuelan military leader Colonel Diaz insists that the ambassador’s disappearance is due to terrorists but Fitch ventures up the river and returns with one of the large-sized piranha. Diaz orders the area of the river bombed but this only serves to free the piranha. When the others urge him that the menace is not ended, Diaz tries to arrest Monroe and her team and send Fitch home. They make an escape as the piranha grow to massive size, devouring entire cities in their path and then heading for Florida. Nothing appears able to stop them – not even a nuclear missile.

The Asylum had one of their greatest successes with Mega Shark vs Giant Octopus (2009). This spawned several sequels – Mega Shark vs. Crocosaurus (2010), Mega Shark vs Mecha Shark (2014) and Mega Shark vs Kolossus (2015) – as well as inspired various other killer shark and monsters movies where the focus was increasingly on treating the material and low-budget shortcomings of these with tongue planted in cheek. This culminated in The Asylum’s most famous film, the deliberately bad Sharknado (2013) and sequels. Mega Piranha was in fact the second of The Asylum’s Mega___-titled films. It was released eleven months after Mega Shark and four months before Alexandre Aja’s remake of Piranha (2010). The Asylum clearly upped the size and scale of the menace to conduct another Mega___ film, as well as make a mockbuster timed to capitalise on the release of Piranha.

Mega Piranha is not a particularly good film. In fact, if you could in any way take it seriously, it could even be regarded as a strong contender for a bad movie. However, it is a film made with tongue planted frequently in cheek and a full awareness of its own absurd shortcomings – and this is something that proves its saving grace. For the most part, the film plays as a standard monster movie of its type. About forty minutes in, it hits the height of absurdity with the images of giant-sized piranha leaping out of the river to impale themselves in the sides of buildings and setting a town on fire – one even managing to skewer itself on the tip of a lighthouse. It is here the film hits the height of ridiculousness and never stops. There is the side-splitting image of a school of giant piranha racing down the river leaping in and out of the water en masse. The film is clearly aiming for an image as ludicrous as that of the shark tackling the airplane in Mega Shark and so we have several such scenes with the giant piranha tackling a battleship and then a nuclear submarine.

As with Mega Shark and its heroine played by Debbie Gibson, Mega Piranha tries the same with the stunt casting of another forgotten teen pop phenomenon of the 1980s, the mononymic Tiffany (real name Tiffany Darwish), as its female lead. Tiffany was an archetypal one-hit wonder with her hit single I Think We’re Alone Now (1987). Since then, her entire career has been two decades fighting to find some kind of relevance, which has included voice work on Jetsons: The Movie (1990), attempted comebacks in which she has tried out just about every musical genre, a nude Playboy layout in 2002, several reality show guest appearances, including on the weight-loss program Celebrity Fit Club (2002-6) wherein she lost 28 pounds over the course of a season. She launched an acting career with the horror film Necrosis (2009), followed by Mega Piranha and The Asylum’s Mega Python vs. Gatoroid (2011), which pitted her and Debbie Gibson against one another.

Tiffany is not much of an actress but you have to credit her for trying. On the minus side, her weight has clearly ballooned up and she spends all of the show with her figure hidden behind a loose button-down shirt and has a very unbecoming haircut that combines to make her look frumpy. The male lead is played by Paul Logan who also works in the industry as a fight choreographer. He takes his shirt off a lot to highlight an impressive muscled torso and six-pack. He presents a certain Neanderthal handsomeness but is clearly of limited acting ability.

Mega Piranha is directed by Eric Forsberg, an Asylum regular who made two fairly good films back in their early days with Alien Abduction (2005), a UFO abduction film with some ingenious twists, and the unbelievably gory zombie film Night of the Dead “Leben Tod” (2006), followed by the non-genre Sex Pot (2009) and Clown (2019), as well as wrote the screenplays for The Asylum’s Snakes on a Train (2006), 30,000 Leagues Under the Sea (2007), War of the Worlds 2: The Next Wave (2008), Age of the Hobbits (2012) and Troy: The Odyssey (2017), as well as Arachnoquake (2012) and Ghost Shark (2013) for other companies. Forsberg can also be spotted as the American ambassador who gets eaten by the piranha in the opening scenes.