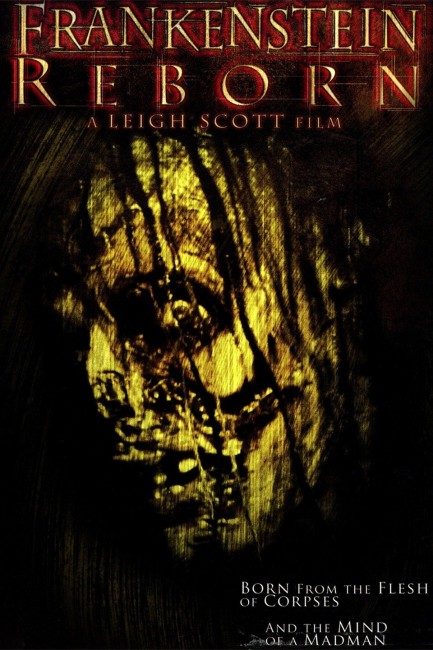 The latest psychiatrist assigned to assess whether inmate Victor Frank is mentally fit to stand trial for murder gives up in frustration and so the asylum head Dr Robert Walton steps in to do the job. Frank tells Walton his story. He was a scientist experimenting in the field of nanotechnology. Using nanobots that were capable of rebuilding the human body, Frank and his team had great success in helping the crippled, wheelchair-ridden Bryce Daniels regain use of his faculties. Bryce then started to become unstable. When he broke into his apartment, Frank was forced to shoot him. Frank and assistant Hank Clerval then set up another laboratory in a basement and used the nanobots and a dose of electricity to revive Bryce’s body. They were successful, although the process left Bryce hideously disfigured. Horrified at his condition and infected with thoughts from Frank’s head, the creature began to take revenge, killing Frank’s girlfriend Elizabeth and others.

On the other hand, the scenes where the creature becomes infected with its creator’s thoughts, which has been taken from the very Frankensteinian Saturn 3 (1980), are confusingly explained. (Mostly this seems to have been added to give a reason for the creature’s coming after Elizabeth as the threat to be with Frankenstein on his wedding night seems a dated one in modern surroundings).

The film’s Frankenstein has been characterised along the lines of Peter Cushing in The Curse of Frankenstein (1957) – one of the versions of the story that Leigh Scott admits that he was influenced by on the Making Of extras. Rather than the classic characterization of Frankenstein as a mad scientist that mostly follows on from Colin Clive in Frankenstein (1931), this is a Frankenstein who is arrogant and a seducer of women, not to mention has a liking of Porsches and a coke habit. Rhett Giles’ Frankenstein is, like Cushing, disdainful of the morality around him, although in an oh-so-contemporary touch is being pressured over rising costs by the drug companies who are funding his research. As Frankenstein/Frank, Rhett Giles has a nice line in coldly arrogant tight-lipped expressions.

Elizabeth is now Frankenstein’s assistant – he describes her as a simple girl from the Midwest. Here Elizabeth becomes not so much the concerned fiancee as the assistant who is annoyed at being locked out of his latest project and then wanders off to have an affair with Clerval. Although, Mary Shelley would surely be turning in her grave when Leigh Scott gives us Frankenstein and Elizabeth engaged in (rather tame) bondage and threesome scenes. These sex scenes tend to sidetrack away from the main plot and feel like a point where Leigh Scott has become distracted or that the producers wanted to insert something gratuitous – the Rebbekah character and her jealousy has no real place in the script.

While it has some good ideas in its deconstruction of the story, Frankenstein Reborn has only been afforded one of The Asylum’s mediocre budgets. It has a grainy shot-on-video look. Most notably, the laboratory – which has usually been a production designer’s dream on some of the earlier adaptations of Frankenstein – is just a rundown basement and the revival equipment consists of no more than a glass tank of green fluid and a big mains switch nearby. There is some gore to the film, although this is not terribly convincing, and the monster makeup look somewhat absurd.