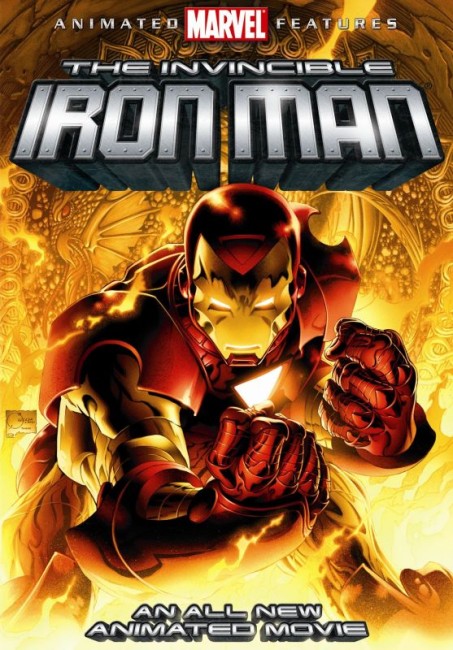 Tony Stark is voted out as CEO by the board of Stark Industries at the instigation of his father. Meanwhile, Tony has been organising a project to raise an ancient city in China. This has been subject to a series of guerrilla attacks by the Jade Tigers rebels. The Jade Tigers now capture Tony’s foreman James ‘Rhodey’ Rhodes. Tony flies there to rescue him but is captured by the Jade Tigers in an ambush. His heart is badly damaged and Rhodey has to build an artificial replacement. While they are prisoner, the two of them secretly build an armoured suit and use it to escape. Upon returning to the US, they learn that they are fugitives wanted by S.H.I.E.L.D. on a bogus charge of supplying arms to the rebels. Tony sneaks back into his office where he reveals that he has secretly built a series of Iron Man suits. Using these, he sets out to stop the four elementals that have been raised from the city as they attempt to collect the five rings needed to resurrect the ancient black sorcerer known as The Mandarin.

It is worth noting that The Invincible Iron Man was released nearly a year-and-a-half before the character was incarnated with the live-action Iron Man (2008) and its sequels Iron Man 2 (2010) and Iron Man Three (2013) starring Robert Downey Jr. Thus it is a little perplexing watching this, which gives Tony Stark a very different origin story than the MCU incarnation – where the live-action film had Tony Stark made a prisoner of rebels in Afghanistan and fashioning his own heart and suit, here he is made a prisoner of rebels in China, where Rhodey Rhodes builds the heart and the two of them construct the Iron Man suit. Rather than the flirtatious relationship Tony has with Gwyneth Paltrow’s Pepper in the live-action films, here she seems unflatteringly drawn to resemble a middle-aged schoolmistress with a British accent. There are other slight differences like where the film gives us the impression that rather than the red and gold armour being the iconic Iron Man suit, it is merely one of several different suits that Tony Stark has built for different uses.

The set up of the film also feels wrong. For one, it is not even clear for at least the first half of the film that we are getting an origin story, leading one to keep wondering where Iron Man is. The one thing that the film does well is when it comes to portraying the knockdown superheroic action scene where the respective directors have done a fine job of copying what worked well in the various Bruce Timm films.

The major miscalculation though is the central villain of the piece. The Mandarin is the No 1 nemesis of Iron Man in the comic-books and has a detailed history as a scientist who grew up in pre-Communist China where he gained superhuman abilities after discovering ten rings of power from the alien Makulan. The Mandarin is also an accomplished martial artist and wields great technological innovations. However, The Mandarin that we see here is but a pale shadow of that – no more than an ancient Chinese sorcerer that people are trying to raise back to life. His powers are clearly not from alien science but magic.

The worst part though, for a villain of such stature, is that the film only revives him in the last ten minutes. All the battles throughout are fought between Iron Man and the unspeaking Elementals, while even the climax features no showdown between the two of them but consists of Iron Man imprecating Li Mei to fight against The Mandarin’s possession of her body and let her true nature win out, whereupon she does so, despatching him with nothing more than a show of pretty lights. Mindedly, this is still more of an incarnation of The Mandarin than the feeble joke we received in Iron Man Three.