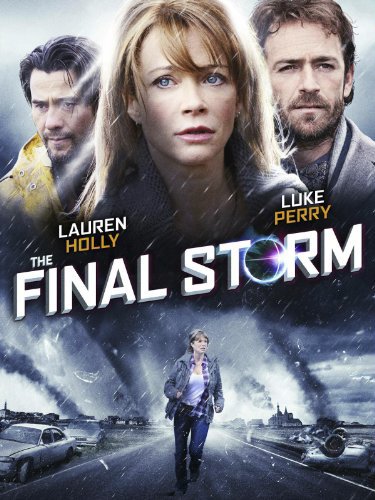 The whole world is experiencing a massive storm, which is causing social chaos. Tom Grady is a farmer who lives in the small town of Cairo, British Columbia with his wife Gillian and son Graham. In the midst of the storm, a stranger appears and collapses at their door. They bring him inside for shelter and learn that his name is Silas Hendershot, although are puzzled when amid his confused ramblings he claims that the farm is his. In the morning, the storm has cleared but the power and phone lines are out. Tom is suspicious of Silas and his sometimes harsh manner. Silas warns against driving to town but Tom does so and they discover that everybody everywhere is missing apart from a handful of survivors that try to attack them. Silas makes pronouncements that the Biblical end of the world is upon them. Tom cannot be sure whether to believe Silas or to regard him as crazy.

Uwe Boll may have a reputation as the worst director in the world. (Not one this author agrees with). This is principally due to Boll’s videogame adaptations such as House of the Dead (2003), Alone in the Dark (2005) and BloodRayne (2005). It is however a reputation that Boll seems consistently determined to refute, if simply by putting out so many films – two to three per year – that such proliferation is amounting to persistence. He also seems to be taking on subject matter that goes beyond his staple videogame adaptations and horror/action films with socially conscious works like Darfur (2009) and Auschwitz (2011).

The Final Storm is one film where you could say that Uwe Boll is improving. If you watched it without knowing it were Uwe Boll directing, you would never guess it was him – where the films that have gained him his bad reputation are full of ridiculous action scenes, absurd miscasting, bad taste humour and often make no sense, The Final Storm abandons this and is essentially a three-person chamber drama. Put The Final Storm alongside some of Uwe Boll’s worst films – the likes of House of the Dead, Alone in the Dark, Bloodrayne, Postal (2007) – and you can see he has undergone a quantum improvement in between, learning to develop realistic, low-key drama based around character interplay and in the handling of his actors.

Even more bizarrely, the subject matter is competely different to anything Uwe Boll has done before – it is an End of the World drama that comes filled with so many Biblical allusions and references to divine judgement that you wonder if Boll has not abandoned all good sense and started making one of the Lalonde Brothers’ Christian End Times films – see Revelation (1999), Left Behind (2000), Tribulation (2000).

There is also Luke Perry as a mysterious stranger of possibly miraculous ability but dubious morality, which puts The Final Storm in the same category as films like Teorema (1968), The Shout (1978), Brimstone and Treacle (1982), Man Facing Southeast (1986), That Eye, The Sky (1994), Shadow Hours (2000), Takashi Miike’s Visitor Q (2001), Outside Satan (2011), Borgman (2013) and Let Us Prey (2014). The mix of mysterious apocalypse and the arrival of an ambiguous stranger making prophetic pronouncements also makes one think of the same year’s South Korean The End of the Animal (2010), while the appearance of the sinister stranger who comes accompanied by a storm idea reminds of the Stephen King mini-series Storm of the Century (1999).

Boll and screenwriter Tim McGregor keep the entire film ambiguous – there is much reference to the storm of global proportions, although this is represented by news footage and appears to be over as soon as Luke Perry arrives; animals, Steve Bacic’s neighbours and the townspeople appear to have vanished, although there are a handful of survivors running around the town; Luke Perry gives cryptic warnings about how this is the Biblical End of the World and appears to have mystical knowledge, although could just as easily be someone of mundane origin. The three actors – Steve Bacic, wife Lauren Holly and stranger Luke Perry – do a good job of playing out the inherent ambiguity and Boll gives it just the right degree of psychological tension.

The problem with the film and the reason The Final Storm doesn’t work as well it should have is that it arrives at a never particularly interesting denouement. [PLOT SPOILERS]. The script eventually appears to opt for a surprising mundane resolution where it is revealed that Luke Perry’s stranger is not mystical or supernatural in any way but a routine psycho. With this, Boll appears to deflate the ambiguity about a Biblical apocalypse on the side of it being nothing more than a routine storm, which is disappointing given the build-up. The film goes out with a twist coda that is annoyingly cliched – one we have seen in films such as Breaking the Waves (1996), Believers (2007), End of the Line (2007) and Take Shelter (2011) – where the film appears to opt for a mundane letdown but then climaxes with a twist that proves the fantastical interpretation was right all along as we see the stars in the sky start to go out. The very arbitrariness of such an ending seems frustrating.