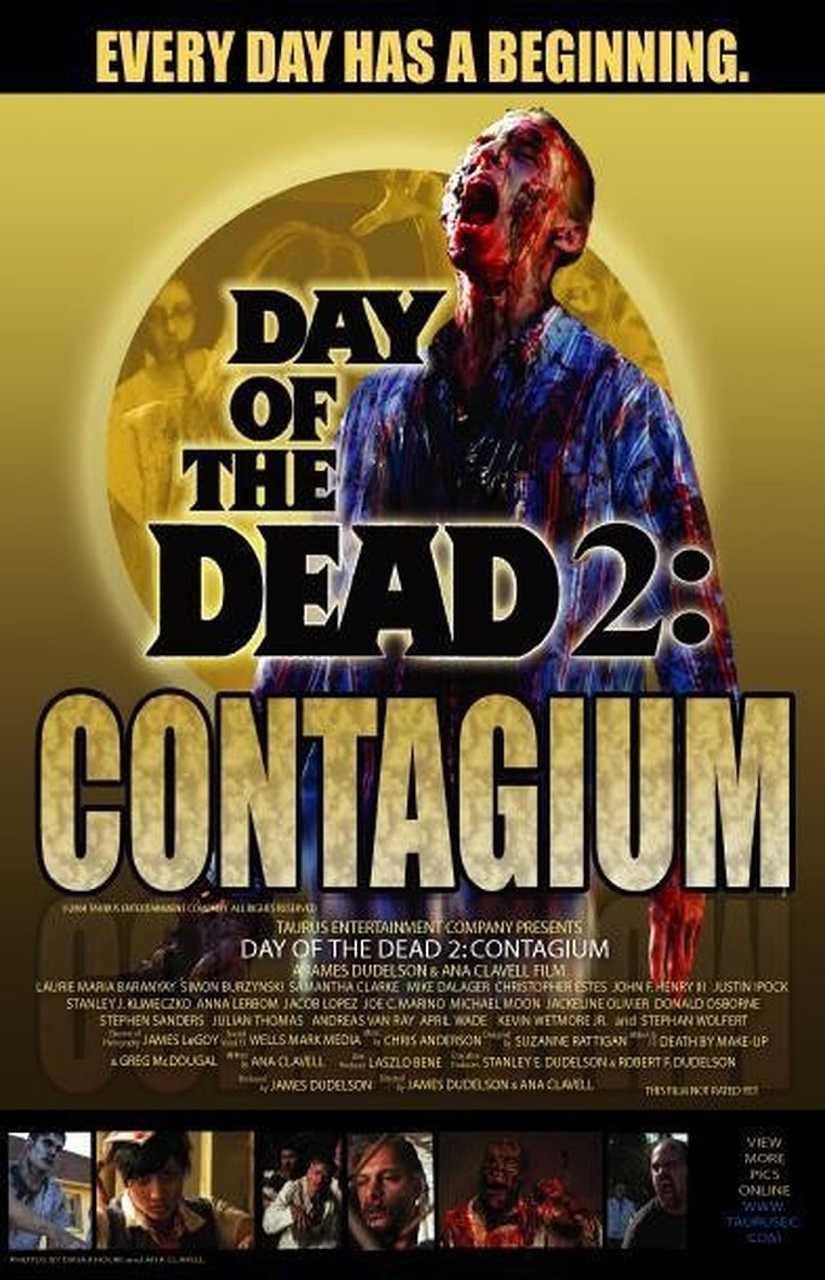 In 1968, soldiers arrive at the Ravenside Military Hospital in Pennsylvania and begin shooting the people inside en masse. A man escapes carrying a flask but is shot as he tries to flee. In the present day, a psychiatric hospital has been built on the site. The progressive psychologist Donwynn is out in the grounds with several patients when one of them finds the flask fallen in a hollow. Back inside the hospital, one patient opens the flask, which releases glowing lights that touch Donwynn and the five patients present. Soon after, the group find that all of them can feel the others’ pain as well as share their thoughts but that they are now medically dead. They realize that they have been infected with a virus that is transforming them into something more than human. However, the transformation also serves to make them hungry for human flesh. Those that they infect with their bite turn into zombies. As the doctors place the hospital under quarantine, it is soon overrun with ravening, flesh-hungry zombies.

Day of the Dead 2: Contagium was greeted with a series of scathing reviews, which called it, among other things, the worst hanger-on ever to the Romero name. (Although, the film that more appropriately deserves that privilege is Return of the Living Dead Part II (1988). For the most part, one ends up concurring. The opening scenes in 1968 are cheaply shot and tedious, the photography and editing often seem at the level of an amateur film.

The modern day scenes certainly offer a novel and original setting – a zombie film set in a psychiatric institution – but the directorial set-ups and handling of actors seems utterly crude. When the film gets to scenes of mysterious lights coming out of the canister and touching everybody’s foreheads, Contagium has such a cheesy 1980s bad science-fiction movie silliness that it could not seem further from a gore-drenched Romero zombie film if it tried. Going by these scenes, one is certain that did Contagium not have the association with the Romero name, it would never have gotten any kind of major release on its own terms.

For the most part, Day of the Dead 2: Contagium has little of the trademark Romero gore scenes – just numerous cheap bullet hole effects that are repetitive and certainly nowhere near the quality that Tom Savini established on Dawn and the original Day of the Dead. One good scene is where Joe C. Marino has his entire head progressively turned into a mash of bloody pulp like a split-open watermelon and then grabs a patient through the window of the door and returns the body gorily severed at the neck.

During the latter half of the film when the hospital starts to be infected, Contagium finally does give us all that we expect of a Romero film and washes the walls with blood and numerous scenes of zombies devouring intestines, gnawing on limbs etc. Here at least, Contagium gives us some of the real stuff, rather than waters it down and wimps out like some of the other Romero copies – Resident Evil, 28 Days Later and Dawn of the Dead 04.

Eventually, at least in its second half, you do have to give Day of the Dead 2: Contagium full marks for conceptual ingenuity. It expands out and offers an explanation of the background leading up to Night of the Living Dead – that the dead were brought back to life by a virus that came in from Russia, that the virus needs people to devour one another in order to spread itself and that it takes full control of the body’s autonomic responses in order to keep its dead subjects moving, as well as adding fascinating ideas about an elite of core infectees who are transforming into something more than human. It is certainly one of the more conceptually ingenious of the Dead films and follow-ups even if the directorial execution is amateurish.

Co-directors/writers/producers Ana Clavell and James Dudelson had previously made a number of other low-budget horror films, including an sf version of Edgar Allan Poe’s Morella (1997), Horror 101 (2000), Horror 102: Endgame (2004) and Museum of the Dead (2004). The two conducted a further Romero follow-up with Creepshow III (2006), while Dudelson also produced the Day of the Dead remake and Day of the Dead: Bloodline (2018).