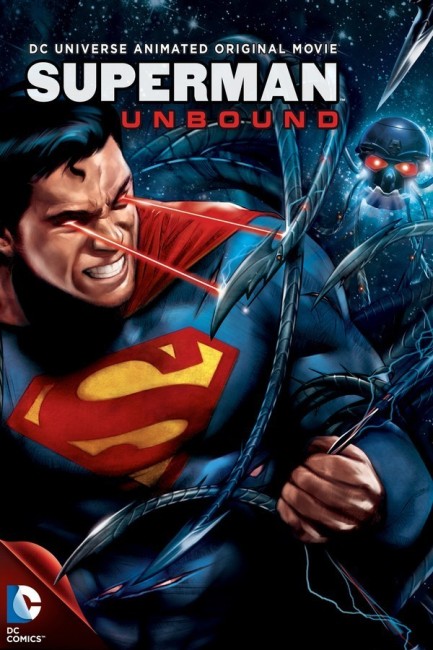 It is not long after Superman’s cousin Kara has arrived on Earth and she is now operating as Supergirl. At the same time, Kara is an emotionally fragile teenager and is still haunted by her experiences. Superman and Lois Lane are arguing over their relationship – she wanting to go public with him but he not wanting to do so out of fear for her safety. Superman tackles a robot that arrives on Earth. Kara is fearful after recognising it as one of the robots that arrived en masse and uplifted the Kryptonian city of Kandor. Superman goes in search of the cyborg entity Brainiac, an alien being that has set out across the galaxy to accumulate knowledge by stealing entire cities from planets and shrinking them into bottles in order to study them. Superman is captured by Brainiac, which serves to draw his attention to Earth. He and his robots invade, stealing up and shrinking a section of Metropolis – the part that includes the Daily Planet and Lois.

On the comic-book page, Brainiac has been Superman’s No 2 villain, second to Lex Luthor. Brainiac first appeared in 1958, which gave us his familiar green-skinned appearance as an alien who shrank cities in bottles and included the Kryptonian city of Kandor among his collection. Later appearances gave his origin as from the planet Colu and had him as being either an android or a cyborg. Despite the character’s popularity on the printed page, most of the Superman films and tv shows have left Brainiac alone. Indeed, after Luthor, the Superman live-action films seem to have preferred to go with the Phantom Zone villains. One suspects the reason for this is something to do with people seeing the idea of a green-skinned alien as something belonging to a cheesy 1950s B movie.

The sole live-action appearance of Brainiac was in several episodes of tv’s Smallville (2001-11) played by James Marsters, although there he was grey-skinned, not bald and quickly adopted human disguise. Brainiac did turn up – and was given a new origin story as a malevolent Kryptonian super-computer in Superman: The Last Son of Krypton (1996), the film repackaged from the 1990s animated Superman tv series, and later in the original film Superman: Brainiac Attacks (2006), but that has been it in terms of screen appearances. Brainiac was also touted as the main villain in the failed Tim Burton Superman Lives project – for which see the documentary The Death of “Superman Lives”: What Happened? (2015) – and was later promoted to major menace in the live-action Superman prequel tv series Krypton (2018-9).

Superman Unbound is adapted from Brainiac (2008), a five-issue story in Action Comics. This was an effort to retcon the origin story of Brainiac and the bottle city of Kandor. I was surprised what a good film Superman Unbound ended up being. John Noble, better known as Walter Bishop from tv’s Fringe (2008-12), does a magnificently theatrical voicing of Brainiac and for the first time we see the character as the coldly inhuman super-intellect he is. The only disappointment is the denouement – a different one to the comic-book – where Superman realises that Brainiac is someone who prefers to create controlled environments and that he is incapable of dealing with the real world outside of his ship and confuses him by forcing him to deal with chaotic elements, which sounds exactly like the good old trick from classic Star Trek (1966-9) of Captain Kirk forcing a computer to have a meltdown by confusing it with logic imponderables.

Even better is the character of Supergirl. Introduced in 1959, Supergirl was intended as a variation on Superman that could be sold to teenage girls. Almost all incarnations of her tend to reflect this and have her as simply a heroic female version of Superman doing what he does but in a cute mini-skirt. The Supergirl we get here has a fantastic entrance – saving Lois Lane from abduction by terrorists – that blows away all the previous incarnations in about five minutes flat and without her even saying a word. Following her introduction to the DC Universe Original Animated Films in Superman & Batman: Apocalypse, this is a radical new Supergirl – someone shell-shocked by her experiences on Argo City, suffering PTSD at seeing Brainiac’s robots again, only coming to understand her powers and using them to exact a sense of justice. We even see her awkwardly trying to hide behind a wig and glasses and adopt a secret identity on the Kent farm in one scene.

This is a surprisingly character-driven version of Superman. (That is not to say that director James Tucker neglects the action side of the film either – in fact, does so far more excitingly than Jay Oliva, the new inheritor of most of the other DC Universe Animated Films). There is a rather eyebrow-raising scene between Lois and Steve Lombard (another character who has seen little in the way of screen appearances) who taunts her that Kent is gay, listing a bunch of reasons why that make perfect sense. This is amusingly continued a few minutes later where Lois suggests that Clark should regard that as a good cover. Their arc throughout is one of whether they should go public with their relationship in some way – she wanting to, he afraid of the dangers this poses to her. The film ends with him proposing to her.

The only complaints about the film might be the way that Superman and Lois are drawn. One has become so used to seeing the Superman of the Bruce Timm incarnations as someone with a massive rock-like jaw that takes up three-quarters of his head. Seeing him here with a more elongated face is rather abrupt a transition. Even less appealing is the drawing of Lois with a severe A-line bob that makes her look like a cliched wicked witch.