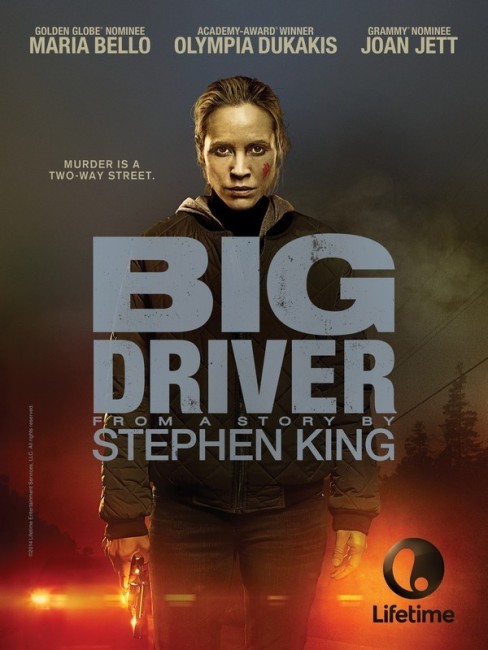 Tess Thorne is the author of a successful series of mystery novels about the ladies of the Willow Grove Knitting Society. She is invited to a speaking engagement in Chicopee, Massachusetts. For the return drive home, the host of the function, Ramona Norvell, programs a quicker alternate route into Tess’s GPS only for Tess to become lost. The tire of her car then blows out near an abandoned gas station where she finds that someone has left a board with nails in it on the road. She begs help changing the tire from the big and bulky driver of a pick-up who happens by, only for him to turn on her, drag her into the gas station and rape her. She is abandoned and left for dead inside a drainage culvert but drags herself out and back home. Piecing herself together, she decides to say nothing for the sake of her reputation but instead concentrates on exacting revenge. Calling on the aid of the imaginary figures of the Knitting Society ladies and the friendly voice of her GPS Tony to investigate, she sets out to track down her assailant.

Big Driver is an adaptation of the novella of the same name by Stephen King that first appeared in his collection Full Dark, No Stars (2010), which consists of four tales of murder and revenge – the same collection also produced the novella that was adapted into the film A Good Marriage (2014). The surprise about Big Driver is that it is an adaptation for the Lifetime tv channel, something that seems almost at antithesis of the style of King’s works. Mindedly, Lifetime have been venturing into genre material of late with several psycho-thrillers, including a series of Virginia Andrews adaptations and the remake of The Bad Seed (2018).

The film is directed by Danish-born Mikael Salomon. After emigrating to the US in the 1980s, Salomon plied his trade as a cinematographer on various A-list films before making his directorial debut on the coming of age drama A Far Off Place (1993) and went onto the disaster movie Hard Rain (1998) and various other works mostly for television, including genre works such as Aftershock: Earthquake in New York (1999), the Dean R. Koontz adaptation Sole Survivor (2000), the remake of Michael Crichton’s The Andromeda Strain (2008), The Lost Future (2010) and the remake of Coma (2012). Salomon has made several other Stephen King works with the mini-series remake of ‘Salem’s Lot (2004) and episodes of Nightmares & Dreamscapes: From the Stories of Stephen King (2006).

Big Driver is essentially Stephen King’s version of I Spit on Your Grave (1978), the brutal rape and revenge drama that polarised audiences and has since been remade and multiply sequelised. Being Lifetime, the rawness and brutality of the I Spit on Your Grave films has been considerably watered down. I’ve written elsewhere on the difficulties on the moral spectrum these rape-revenge films leave you as a reviewer – are they exploitative or merely showing the harrowing brutalism that rape involves? Is watering the depiction down (as Big Driver does) being less exploitative or making the experience too anodyne and tasteful and thus minimising what victims go through? To its credit, Big Driver waters things down as far as it needs for television, while concentrating more on showing us Maria Bello’s shattered state of mind afterwards.

The major problem I had with the film was other aspects of it – in particular, the various narrative devices. Much of the story is taken up by Maria Bello having imaginary conversations with Olympia Dukakis as her lead knitting circle detective as she tries to track the identity of the Big Driver. Things become increasingly more ridiculous when it comes to the voice of her car’s GPS offering sympathy and the two having arguments, or the dead bodies she kills coming back to life to offer their input.

Without having read the story, one suspects the problem is one that has been inherited by being too faithful to Stephen King. King is a master of the inner voice and does it better than any other writer. I think what has happened here is that screenwriter Richard Christian Matheson has made a valiant effort to replicate that on screen – which follows the novella closely – but it is something that just does not work as a visual device without collapsing into the ridiculous.

To its credit, the film starts working reasonably during about the last twenty minutes as Maria Bello tracks down the Big Driver and her plan starts going wrong or she shoots the wrong person. This is where you wanted the film to work. Alas, the presence of imaginary companions, talking GPS’s and dead bodies brings the whole show down.